In the thick of it

Signs of spring are many and varied.  Seasonal changes bring different birds. Fruit and other types of flowering trees and shrubs begin to bloom, and with the longer days, the earth becomes warmer.  Hearts soar.  For those who make their living from farming and ranching, the seemingly brief winter period when machines are repaired, fields are plowed and amended, assorted chores that could wait are finished, and occasional periods of down time comes to a close.  It all ends when the first calves and lambs drop onto the fields.  In the world of sheep ranching, that means added attention is paid to the flock, and the shearing process begins.

I had the extraordinary opportunity this weekend to join Connie Taylor and Patricia Quintana at Colin Henderson's ranch in La Jara, Colorado, and watch master sheep shearer Tom Barr do his lightning swift magic, removing fleece from pregnant ewes and huge rams alike.  I truly cannot say what an exceptional group of people this is, and my knowledge of them is limited at best.

Tom Barr is a fixture at the Taos Wool Festival every year at Kit Carson Park in Taos.  His knowledge of the Navajo-Churro sheep body structure is apparent the minute his turns on the shears and begins to clip the wiggins and other unwanted bits of wool before getting to the meat and potatoes - the fleece.  The fleece is sheared from the sheep in one piece, and some of them must weigh ten pounds or more.  Although there is much protest from the sheep when they are being sheared, don't think for a minute that they are being mistreated.  The minute they leave Tom's hands, they are out the gate, prancing and feeling free of the extra weight.  I wonder if Tom is sore after bending over and holding his body in very difficult positions in order to keep the sheep still while he shears.  A tough job indeed. 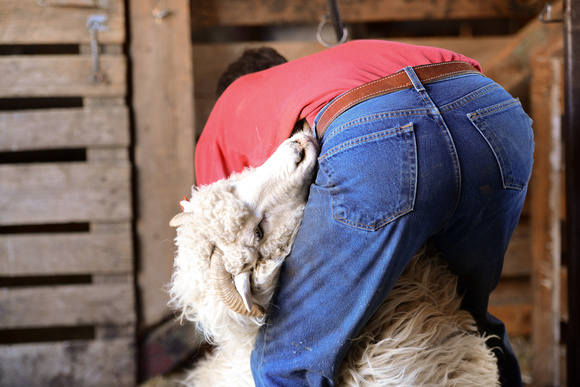 Check out the position of the ram's horns here.  Tom's awareness of where those horns and hoofs are at all times is crucial to his well being. 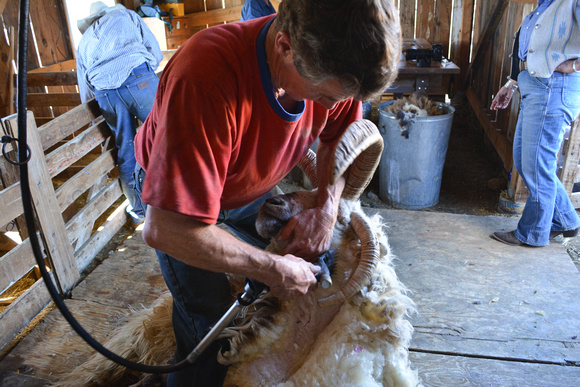 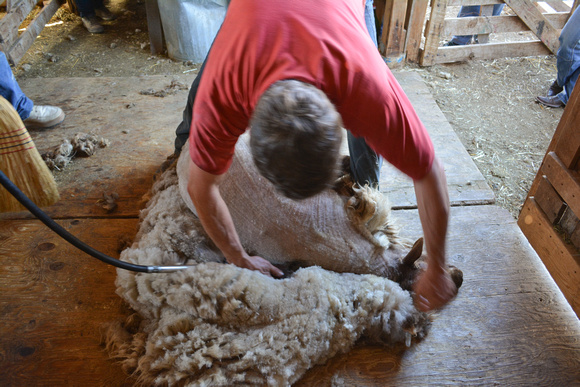 Being married to a weaver, I had heard the word "skirting" for many years, not really knowing what the process is or entails.  Below is a photograph of Connie Taylor (on the right) explaining the skirting process and how the non-useable wool is removed from the fleece and discarded.  Connie is the registrar of the National Navajo-Churro Sheep Association and knows more about the breed than anyone in the United States.  She has helped build the breed in numbers from an endangered farm species to healthy and increasing numbers. 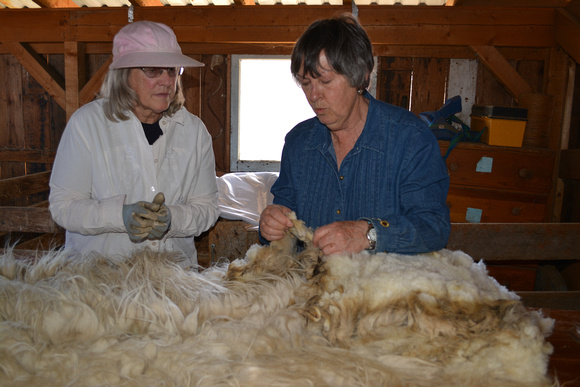 Here is a "portrait" of Marcos. 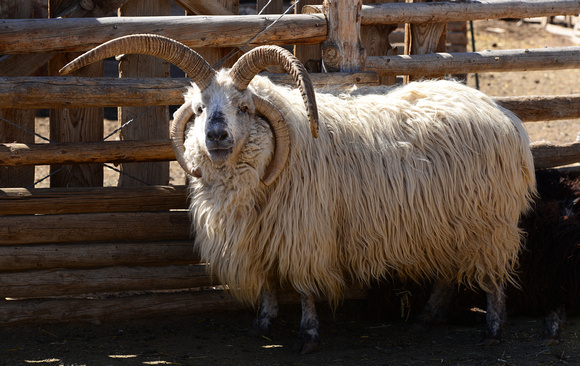 Marcos in all his glory

Call this shot "The Professionals". 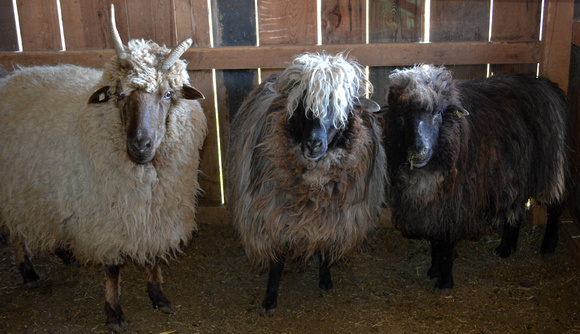 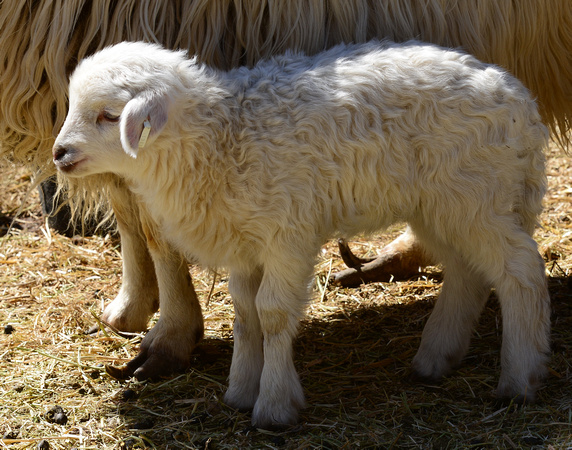 I already knew how little knowledge I had about Navajo-churro sheep, but participating in the very organized shearing, accentuated by the chaos of sheep behavior, several things became clear.  Sheep move.  A lot, and together, subtle but like a breeze.  And like many humans, they don't necessarily enjoy having a strange piece of equipment like a camera near them.  On the other hand, they are curious and some were not in the least bit shy.

My thanks to Connie, Colin, Patricia, Tom and Raymond (not to mention the sheep) for allowing me to get in the way as they were working.  More sheep and people portraits next week.

a passion for the image

Catherine Sobredo(non-registered)
Beautiful shots on a very interesting topic. Congrats!
Steve Immel(non-registered)
Hey! That's my story. I loved this post, Daryl, as you can imagine. It's fun to see what two people do with the same tale. I'm envious of the clarity of your shots despite the constant movement. They're beautifully lit as always.
No comments posted.
Loading...