Much of this photographic week has been spent working with my new Westcott uLite kit, familiarizing myself with its capabilities and technical aspects, and with my cameras and results rendered using the lights.  My husband, Fred, was kind enough to act as model while I moved the tripods, raised and lowered them, and changed the angles of the softboxes.  One friend asked why I didn't use Google and find an online course.  As with one of my other passions, Argentine tango, it is about floor time or time in the field.  The way I learn is by using equipment, fiddling with it, tripping over cords and backing into things.  It develops familiarity that cannot necessarily be explained in words or on video.

I did four sessions.  One was basically prop driven, using different pieces of fabric against white fabric.  The results gave me the information I needed to work on that in the future. The other three sessions were using Fred as model, and two cameras.  After my last blog, I received a phone call from photographer extraordinaire, Terry Thompson (terrythompsonphoto.com) about the ins and outs of the lights, why I chose them, and challenges caused by shadows.  Terry's panoramas are incredible examples of light and shadow.  Friendly nudges about light and shadow come every single time I go out with a camera, one of the constants of photography.  The sessions with the new lights were no exception.

The success of the first session was limited, but as always, yielded valuable information. Limitations of the kit lens that came with the D5200 showed themselves immediately in the form of "noise".  Speckles in the image or heavy grain can be the result of low light or the sensor quality, among other things.  The noise is not immediately visible in the images below, unless you zoom in on different parts of the photos.  I used the 100 watt back light on these two shots.  The photographs were made on a white balance setting that retained the warm light colors. 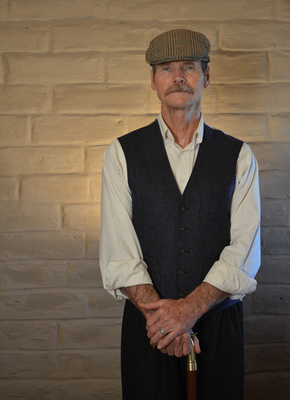 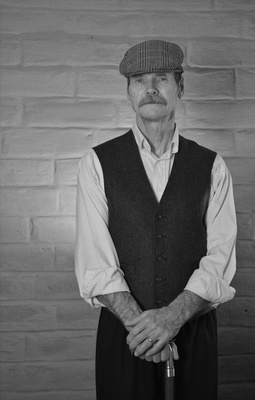 The next series was taken with the Nikon D800 and a 70-200 mm lens.  Because of the camera's bigger sensor and higher ASA (American Standards Association)/ISO (International Standard Organization) relative film speed capability, the images have much less noise and are much cleaner.  White balance was on normal auto.  I positioned the tripods fairly close together, about eight feet from Fred, and angled the soft boxes toward each other at about 45 degrees.  In the first shot, both soft boxes were used.  Rather than pointing them at the ceiling to bounce light, I lowered each by roughly 45 degrees. 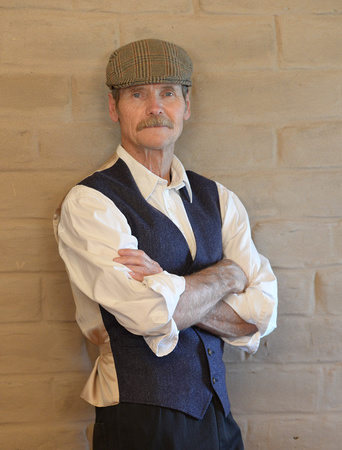 For these two shots, I used only the soft box on my right, at 45 degrees.  Although some shadow can be seen here, it is negligible. 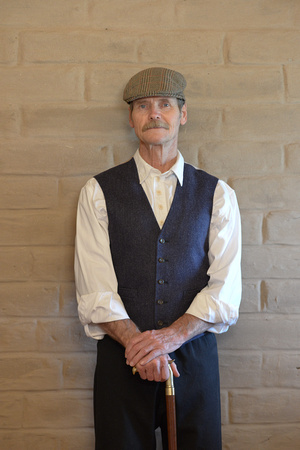 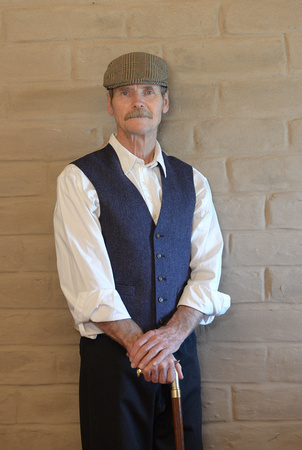 More on lighting next week after working with documentary filmmaker Cristina McCandless (From Zimbabwe to Santa Fe) tomorrow.

NOTE:  No animals were harmed during this shoot.  I think Fred survived as well.

elida hanson-finelli(non-registered)
Nicely done Daryl!! You reminded me I have been thinking about lights again and would like to try constant light. I have a soft box but for a strobe set up and am curious to go back to a steady and visible lighting. Really nice. Fred looks great!
Steve Immel(non-registered)
This is most instructive, Daryl, and reminds me that I need to practice with my softboxes soon. I'm not noticing a whole lot of difference between one or two softboxes and find the 100W backlight almost distracting.

I'm told that the closer the softboxes are to the subject the softer the light. You can place the lights very close (inches) from your subject for very agreeable results. Not the Fred needs any help, the handsome dog.
Terry Thompson(non-registered)
Nice looking photos Daryl. Looks like your learning curve will be pretty short. And many thanks for the complements. Look forward to hearing about your work with Cristina.
Dave Omerberg(non-registered)
Lookin' Good, Fred!