it's all about the wings

Given the fact that the first men landed on the moon on 20 July of 1969 as part of the Apollo 11 mission, I thought flight might be an appropriate topic for this week's blog.  It was a Sunday, and I was a counselor at Rancho del Chaparral Girl Scout Camp in the New Mexico mountains.  Usually, there would be a hike or arts and crafts activity scheduled.  But that afternoon, I and other counselors, scouts, and staff all gathered in the lodge around the sole television set to watch the landing.  I recall that it was raining.  My husband, Fred, was at the Naval Air Station in Memphis, Tennessee, in a World War II-era non-air conditioned barracks.  Sweat poured.  But everyone there also watched the landing.  If you are of a certain age, you probably remember where you were at the time.  If you are younger, this seems like cave man talk. Regardless, humankind has always dreamed of flight, and being able to leave the earth and move upward, like other creatures.  The birds, bees, wasps, flies, dragonflies, and numerous other insects have wings with which to propel themselves through the air.  It is a truly extraordinary capability, given how those delicate wings are structured.  Except for incursions with human-made structures, like glass windows, those wings usually work perfectly.  For humans, it is an extremely labor and fuel intensive, complicated process. Getting that rocket off the launch pad was and is still amazing.

Watching juvenile birds the past couple of weeks, doing take offs and landings, flailing, trying again, and learning quite quickly, made me think about how butterflies seem to emerge through the development stages from egg to larvae (caterpillar), pupa (chrysalis or cocoon) to butterfly, ready to fly.  It is astonishing.  I was lucky enough to catch a swallowtail butterfly drifting among the blue sage flowers (Salvia pachyphylla) on Friday,  With photography almost always on the brain, I began to follow it with my trusty Nikon and 70-200 mm lens. Swallowtails settle and become comfortable on blossoms, making them easier to photograph than some of the smaller ones that give the word "flighty" new meaning.  Their big wings allow them to hover and sip every bit of nectar before moving on.  My guess is that the butterfly I was able to photograph was fairly new.  The wings are unscathed and nearly perfect.

Eating, flying, hovering.  It is all about the wings. 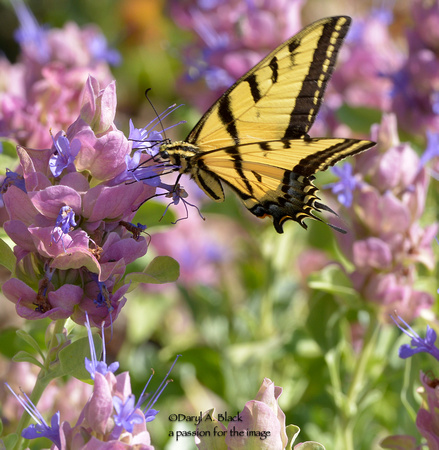 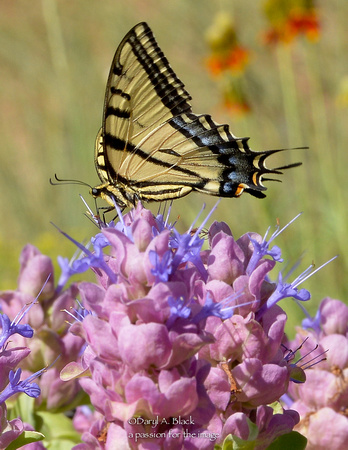 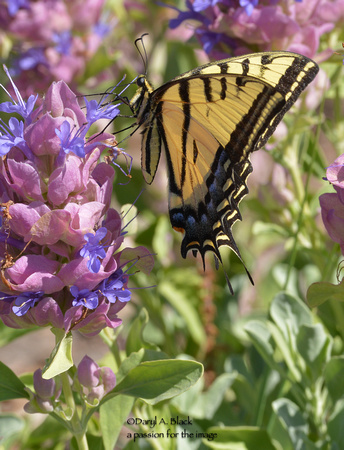 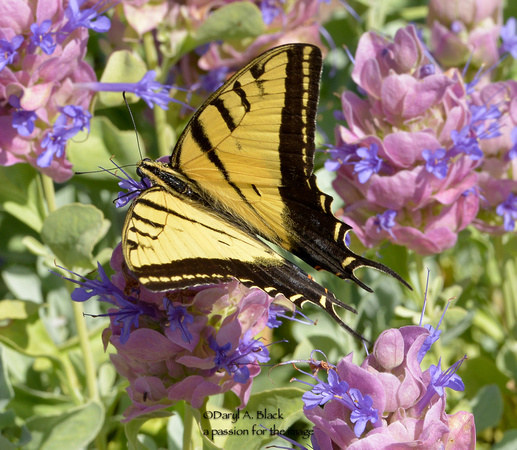 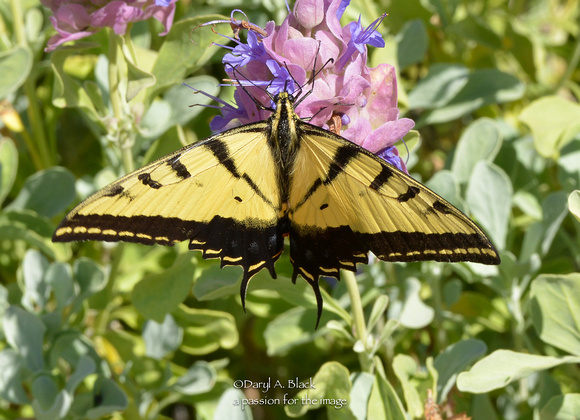 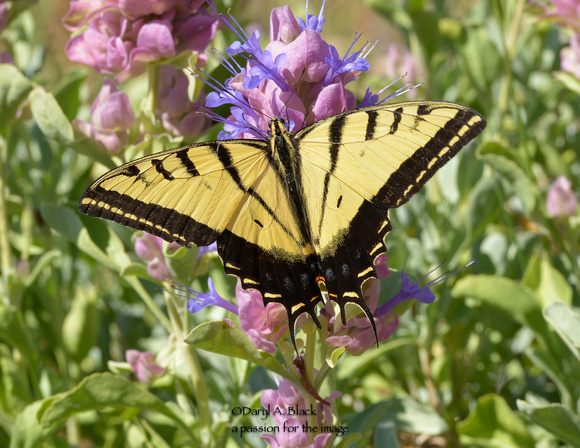 I hope your photography takes flight this week!

Stacey Otte-Demangate(non-registered)
Latecomer to this post, but have to agree with the other comments--these are gorgeous! Thanks for brightening my day!
Lawrence Jones(non-registered)
Daryl, these are stunning images, and some of your best work.
Lue(non-registered)
Amazing! Beautiful photographs
Steve Immel(non-registered)
Wow! This is one of your best posts ever as the comments would prove. And, yes, the best butterfly photographs I've ever seen. It's hard to name my favorite but, if pressed, I'd vote for number two because there's nothing competing for attention. Simply spectacular.
Ingrid and Robert(non-registered)
We vote for # 6, but all photos are incredible in their detail and impact.

50 years ago we were camping on a beach on a Yugoslavian island. The owner of the campground brought his little black and white TV (plain air), so the multinational campers could watch the grainy pictures of the moon landing. The most amazing thing was that at the same time a huge full moon rose.
Thanks Daryl for helping us to remember this amazing moment.
No comments posted.
Loading...