it had to be snow

Much of northern and other parts of New Mexico received its deepest snowfall of the season this week, welcomed by almost everyone.  But what happened in Texas at the same time was such a catastrophe for millions, that the nation was thinking about snow and ice and broken water pipes and no drinking water and no food.  Friends were without power and heat for four days.  Others had heat but no water or had to boil water.  And there was nothing we could do.  Even as the skies cleared, things were not as they should be.  It will take some time.  CNN online and many other media outlets have listings with links to organizations which would welcome donations.

Because of the past week, I knew today's blog would have to feature snow.  It was picturesque all over Texas until the deep freeze set in.  It was silently beautiful here.  Snow was falling while I was shooting. 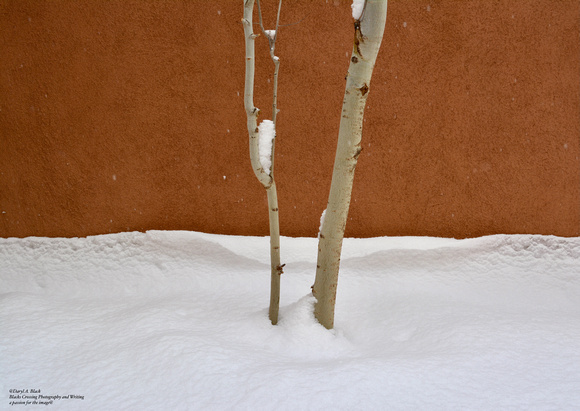 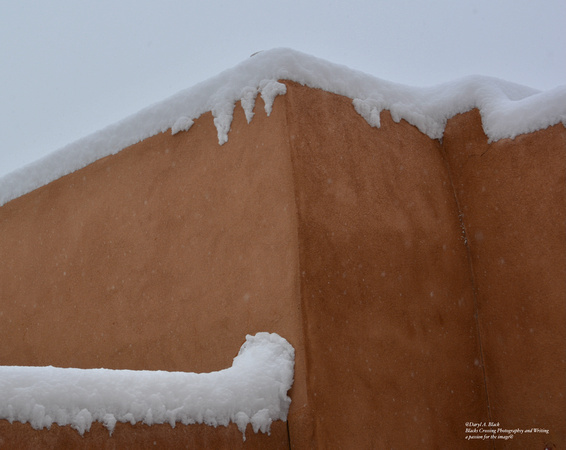 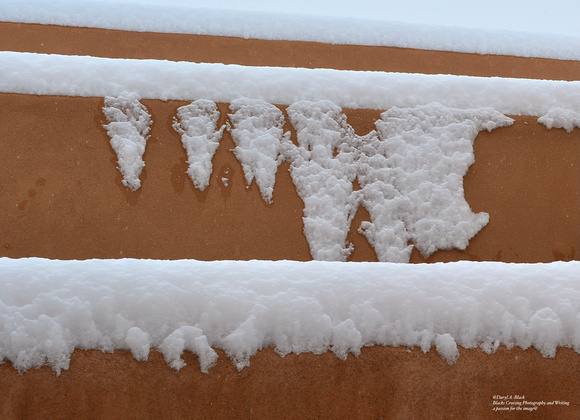 Then something happened.  Not unexpected but beautiful in another way. The orchid a friend had given us three years ago, decided to bloom and bring forth beauty of its own.  A little taste of spring in late winter. 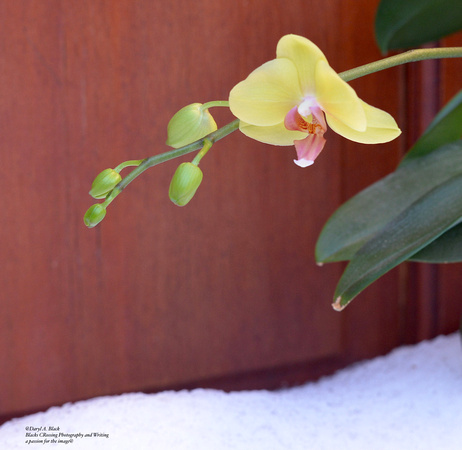 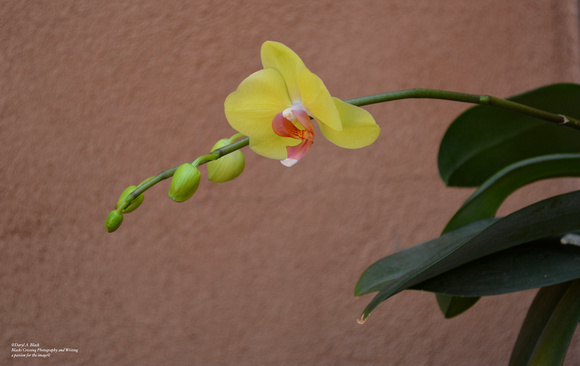 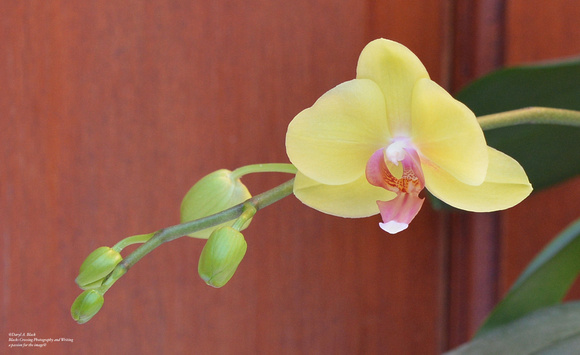 Thanks to Barbara, Wayne, Char, Steve, Christina, Larry and Donna, and Victoria for getting in touch despite the wild ride this week!

Wayne Gesterfield(non-registered)
Nice snow pics. And I like the orchid and snow combo.
Maybe one with the orchid sticking out of the snow would be cool.
Ingrid(non-registered)
I think anything and anyone in front of Adobe looks more beautiful than with other backgrounds.
Thank you Daryl for this selection, just scrumptious.
Steve Immel(non-registered)
The orchid is a splendid counterpoint to the snow and it teases the advance of spring. This week Taos temperatures will approach 50 and in a few weeks it will more spring like than wintery. Snow on adobe walls is one of winter's great motifs as you've shown so ably here. You have to love how the snow adheres to the adobe or plaster as if they are a single organism. I like the way you've blurred the background so our attention is focused on the flower.
TTT(non-registered)
FRESHNESS! SIMPLICITY! makes me long for spring birth but breathlessly appreciate the stark visuals of santa fe snow fall. Longer light, your palate, rich color and warming temps are so appreciated this year!!!!!
Lawrence Jones(non-registered)
Daryl, the orchid is gorgeous and brought a smile to my face. The central part of Austin no longer has to boil water, so now just surveying the damage to plants and yard. It will be sunny and 71 today. One week ago today, we were without power and having lows of 5-10-12 degrees.....practically unheard of here. Your orchid photograph is a splendid reminder of new growth and that spring here will be upon us before we know it. Thanks for the moral support from you and Fred during this Texas disaster. It meant a lot to us.
No comments posted.
Loading...