per chance to photograph

Each season presents itself to the observer or photographer in its on way.  It is up to us to look for those wedges of space and time that make themselves available.  During winter, storms here frequently come from the west, heralded into the picture by wind in fits and starts.  Then, suddenly, huge, nearly blinding flakes of snow fall from the sky with great mass and speed, obscuring all else.  Such was the case last week.  I went into the garage and noticed that the personnel door was flocked.  It took no more than about ten seconds to realize this is something that needed to be photographed - like a rainbow - immediately.  The combination of door and snow was too much to ignore.

Shooting from the inside out, which backlit the snow and left the decorative uprights in shadow, brought the abstract shapes and architectural elements of the arts and crafts door almost equally into focus.  You can see a hint of color in each, courtesy of the stucco wall.  All the images in this series were taken with the Fujifilm X-T5 and 30 millimeter macro lens. 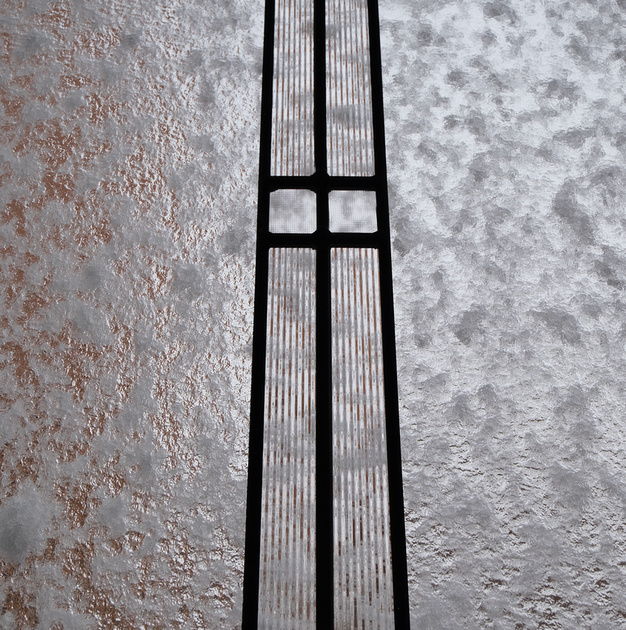 Each glass panel creates its own abstraction. 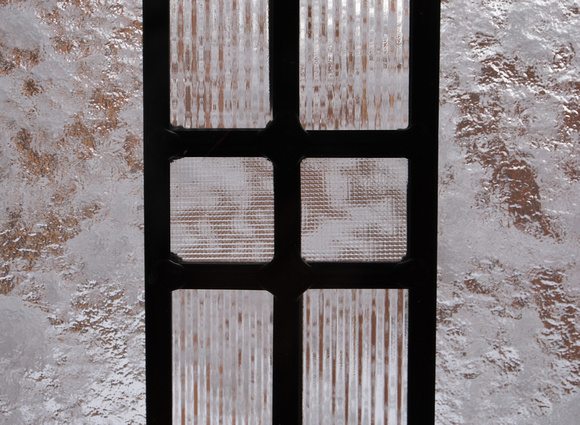 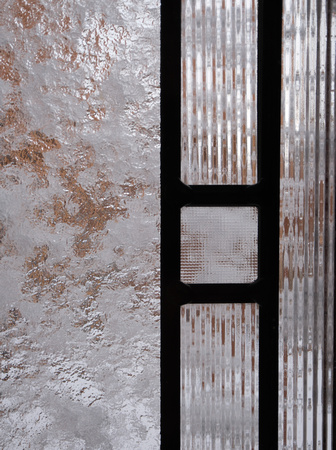 The graceful curve spanning the uprights gave the snow scene its own delineation. 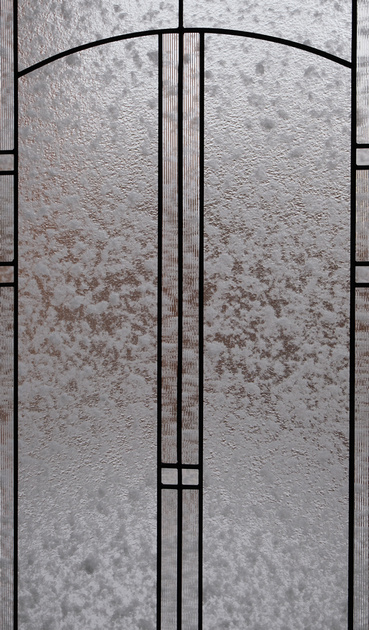 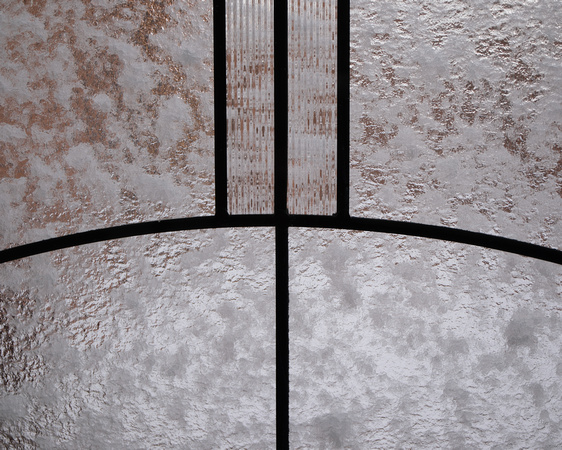 A second image, similar to the one above, reminded me of a bow drawn with an arrow held on the rest. 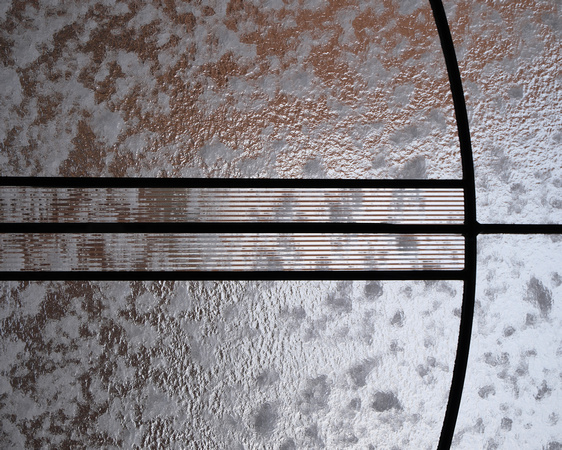 Thanks to Barbara, TTT, Pauli, Steve, Brenda, Christina, Jean and Sam, Terry T., Victoria, Catherine, and M. Fred for commenting this week.  I hope that each of you has a chance encounter to photograph this week!

Steve Immel(non-registered)
Sorry for the delay. Was caught up in logistical hell. I like your geometric and abstract turn with these images. They're beautifully designed. Your new macro lens is serving you well. Like TTT I saw them as black and white till I recognized the earthen tones peeking through the ice. The juxtaposition of the hard lines of the metal and the organic softness of the adobe and ice is marvelous.

Thankfully you were able to capture these beauties from the warmth of your garage. Stay warm. It's brutal in Taos.
TTT(non-registered)
what's the "personnel door?"
subtle yet strong geometry.
saw only black and white for the longest time, then, magic, the faint hint of adobe brown shone through.
Suz(non-registered)
Wow, good catch! I love those spontaneous sightings, and you capture them so perfectly!
Brenda Morgan(non-registered)
Surreal yet totally capturing my attention. Transfixed.
No comments posted.
Loading...