My husband and I met Travis when he was 17 and taking tango from dance teachers in Taos.  He was a great dancer then, and continued to excel far beyond mere mortals.  I would call him a natural when it comes to anything physical.  But what has happened in the almost nine years since is astonishing.  At the age of almost 26, it would be not be an exaggeration to call him a Renaissance Man.  Not only is he a superb tango teacher, producing a DVD titled Rebel Tango, he is builder, a martial artist, and an actor, among many other things.

His latest project and business - Accelerated Kinetic Arts - focuses on the make up of people who are true naturals, and techniques that might be used to teach the rest of us to learn like naturals.  This is near and dear to my heart, since learning has always been a slog for me.  I was happy to hear a quote from Carl Sagan on National Public Radio Sunday morning effectively saying he was able to teach the way he did because it was hard for him to learn.  That was a revelation.

Travis started taking kendo when he was 15.  The series of photographs below in the colors of autumn seem appropriate to the meditative aspect of the art. 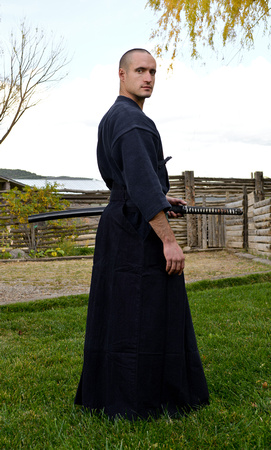 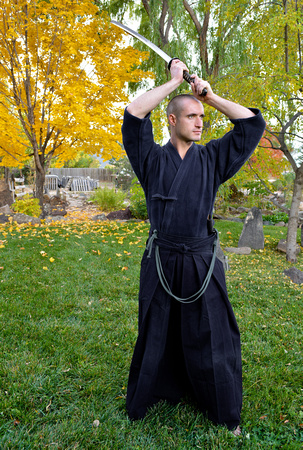 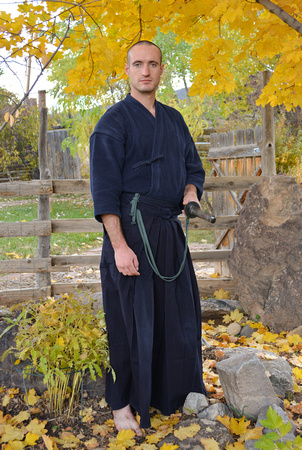 I look forward to his research and how it enriches the ability to teach, and students' ability to learn.  In the mean time, we will probably see him in both theatrical productions and in film.

Blacks Crossing Photography and Writing
Thanks, Steve. Yes, this is part of my new environmental portrait project, and having done another, I know that work like this takes interesting twists and turns. Most likely a book but what shape or form is still in the wind.
Steve Immel(non-registered)
I hope this is the first of many such portraits of interesting people. The images tell us about Travis and the words give us a glimpse at what makes him tick. In some ways his multi-dimensional life full of disparate pursuits reminds me of one Fred Black. Is this part of a book in the making?
No comments posted.
Loading...