Center of the Holy Roman Empire

I did not know nor would have guessed that Bamberg - that lovely, northerly starting point of the Main-Danube canal - was once dubbed the center of the Holy Roman Empire by Emperor Heinrich II.  It is one of the few German cities that escaped destruction during World War II, retaining many of its medieval structures.  The Roman influence is clearly evident in the cathedral conceived by Heinrich II, who was a very busy man with a vision.

The cathedral, known at Dom St. Peter und St. Georg (and also as Dom Imperial), has four towers and is mostly Romanesque in style, as demonstrated in the two photographs below of arches over entrances. 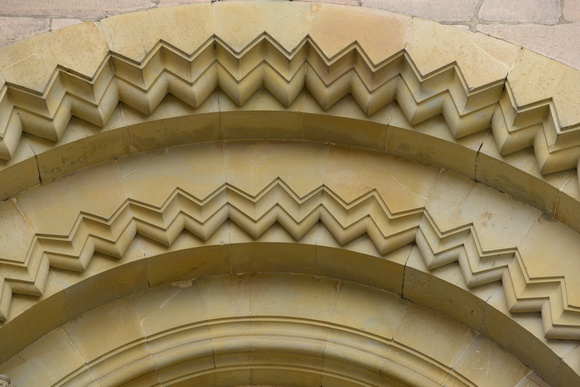 Stone carvings of Heinrich II and his wife, Cunigunde, grace one of the entrance porches. 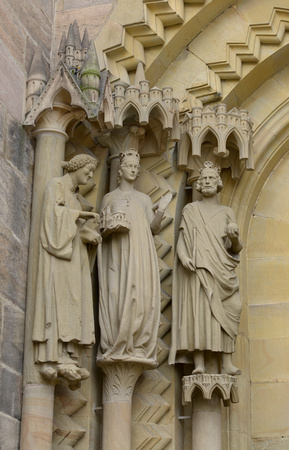 entrance carvings of Cunigunde and Heinrich II at Bamberg Cathedral

The intricacies of the stone carvings over all the cathedral entrances are works of art in themselves.

Heinrich II also founded St. Michael's Abbey, atop one of Bamberg's seven hills.  A closer look at the abbey demonstrates that Gothic architecture is peeking from behind the curtain. 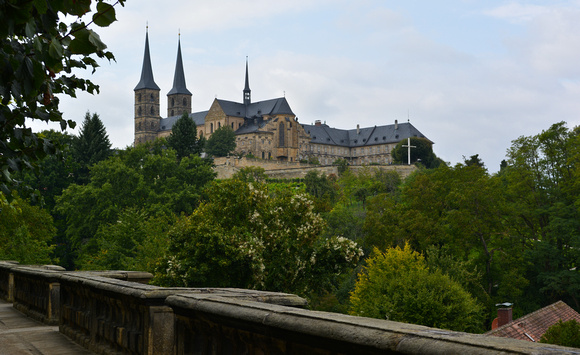 Below the hill and near the Neue Residenz is a beautiful rose garden. 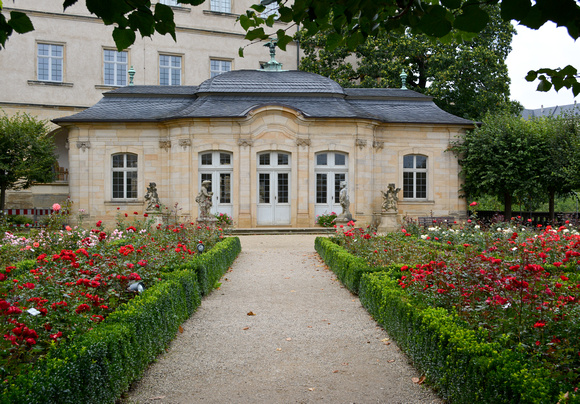 However, nothing says "medieval" like this building on the courtyard of the Alte Hofhaltung.  In fact, settings like this encouraged the production crew of the 2011 version (with Orlando Bloom) of The Three Musketeers to film a majority of the movie in Bamberg.  Don't be fooled by the opening aerial shots of Venice in the beginning.  Bamberg was the real deal. 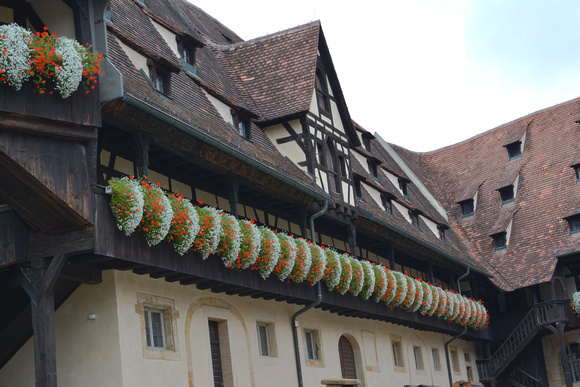 Also featured in the film was the 14th century Rathaus (town hall), the more recent parts of which feature sgraffito (Italian for scratch), a technique of applying layers of colored plaster to walls and other objects.  The Rathaus has some of the most beautiful examples of the art form I saw on the trip. 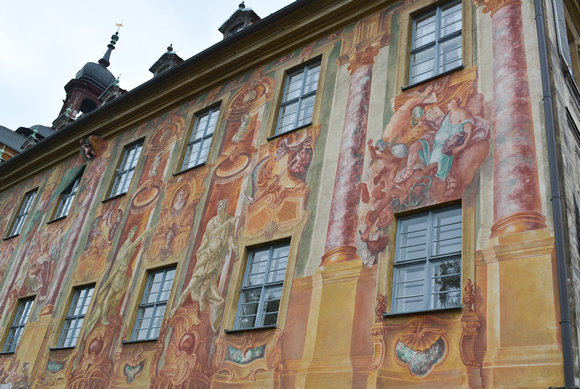 The plaster cherub and foot sticking out of the wall (made visible courtesy of my 200 mm lens) definitely grabbed my attention. 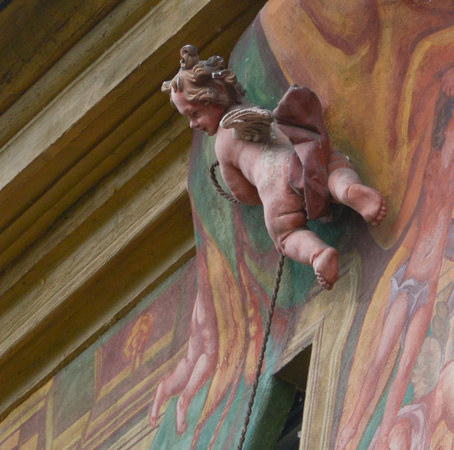 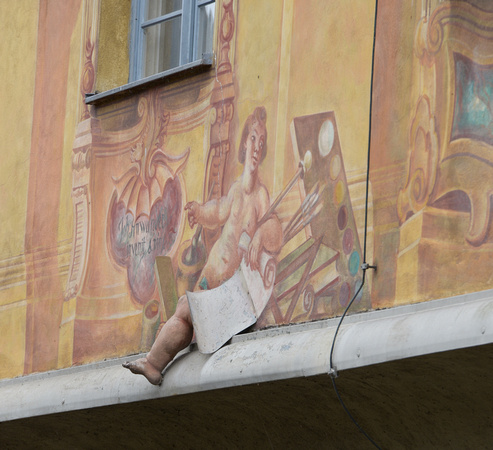 Thank you for indulging me the length of this particular post, but Bamberg was definitely one of those cities that required much more time and exploration.

Daryl Black(non-registered)
Thanks, Cristina! I agree that the cherub would make a lovely holiday card. Perhaps next year. I already ordered cards right here, on Zenfolio, and was impressed with the quality. It was part of an experiment to check the website's ease of use and product quality. Will share samples of everything soon!
Daryl Black(non-registered)
Thanks, Steve, for your comments. Bamberg would definitely pique your senses. The architecture is quite impressive. The Rathaus is actually on an island in the middle of the river. If it makes your photography to do list of places, you could spend each day shooting and retire to imbibe in a 17 oz. stein of smoky beer and ponder it all.
Steve Immel(non-registered)
Looks to me as though Bamberg warrants another visit. You have a way with architecturals. I love the sgriffito especially with the cherub and the foot sticking out. It's charming, playful and vividly colorful. Seeing the span of styles from Romanesque, Medieval, Gothic all in one location is a marvel. Germanic architectural can be heavy and gloomy. This is very much the opposite. A great post, Daryl.
TTT(non-registered)
sticking with your christmas theme - That pudgy little cherub would make a fabulous christmas card. will put joyeux noel on the list
No comments posted.
Loading...