Nuremberg is a city of contradictions.  Known as the center of Nazi activities during World War II and home to the Nazi Rallying Grounds, it was also the location of the Nuremberg Trials.  Much of the city was destroyed toward the end of the war by allied bombers but great care has been taken to restore the buildings and the history, lest future generations forget the atrocities committed there.  Although my sister and I did not participate in the tour of the rallying grounds and headquarters, the drive through the area was enough to send a chill up my spine.  Despite this, Nuremberg has an openness about it, a feeling that it wants to reclaim its prior history of incredible art and tradition by letting the youthful and diverse population take it into the future.

We had a relatively short period of time in the city to tour and I have no excuses.  I missed many photographic opportunities by being just a little too fussy about the light, human obstructions and the modern omnipresent selfie process.  A photographer's dilemma.  My images of Kaiserburg - the Imperial Castle - are lackluster, and my lack of geographic acuity kept me from finding and returning to the park that holds Nuremberg's native son artist Albrecht Durer's famous rabbit sculpture.  It is gorgeous but there were people young and old crawling all over it and I thought I could return to photograph it when fewer tour groups were in the area.  I tried to retrace my steps, but alas, was unable to do so, and photography took a back seat for a bit.

One of our missions was to find and purchase some of the flourless gingerbread for which Nuremberg is famous.  That was accomplished at the Farmers' Market.  Tidily packed, all of it made the trip home in one piece.  No photographs there, just gingerbread.  However, the Farmers' Market added splashes of color and shapes, including these berries from Sweden. 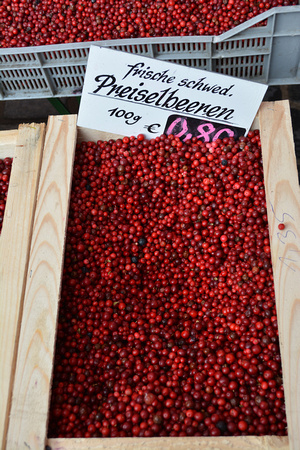 As we wandered the streets of Nuremberg in the late afternoon light, these signs caught me eye. 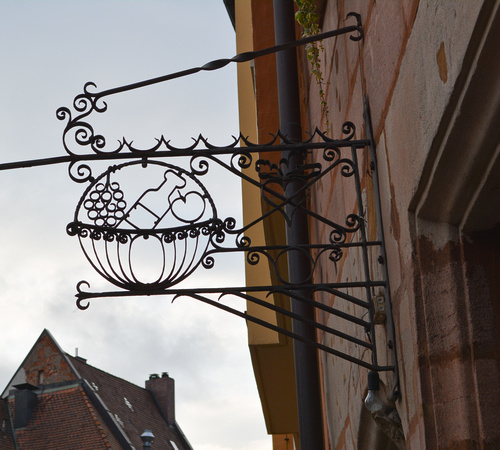 Following "Charlemagne's dream" - the connection of the Danube and Main Rivers - the good ship Skadi sailed that evening and the next morning through a number of the 67 locks that allowed us to see so much of Germany via inland waterways.

Next week - Bamberg.  Here is a morsel. 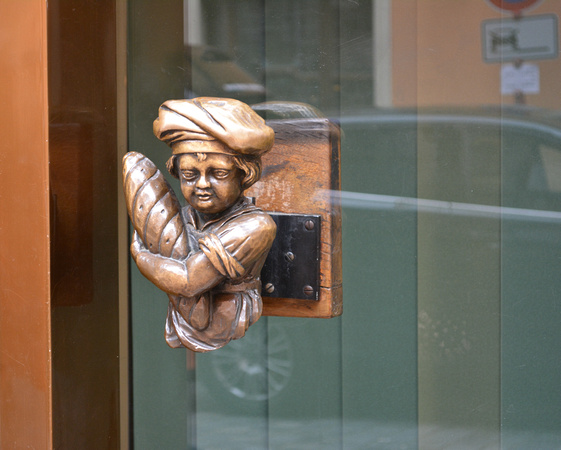 Lawrence Jones(non-registered)
We are thoroughly enjoying the images from your trip. The German signs are eye-catching and most interesting. Good job as usual Daryl.
Steve Immel(non-registered)
Signs say a lot about the style and history of a city. These, it seems to me. are distinctly German. They are freshly painted and polished as you'd expect from my tidy, precise forebears. Another post that transports me to a foreign land is much appreciated. Happy Thanksgiving to you and Fred.
No comments posted.
Loading...