What do you see when you look out the window?  On many days in northern New Mexico, you see a brilliant blue sky.  After the odd, two-day weather sequence last week, when it rained, the wind blew, snow fell, the wind blew, it poured, and finally settled into silent snow fall in the early morning hours, visibility on the windows was nearly zero.  They were beautifully plastered with snow and ice, formations a meteorologist could most certainly explain, but not I.  The high temperature for the day occurred at midnight, and went down from there, resulting in fascinating patterns.  Not frost, but an ice/snow combination on the verge of melting.  The photograph below is the first I shot, and the plastered snow did not disappear totally until the next day. 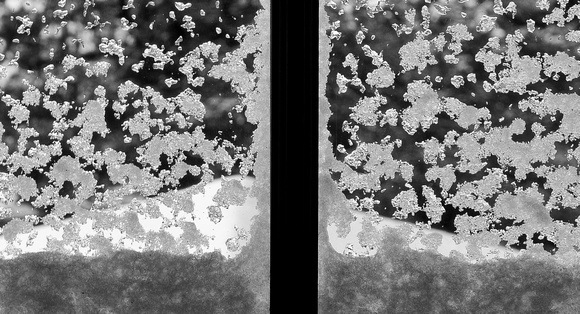 In this image, you can see the snow-ice attached to the window, in various stages of solidity. 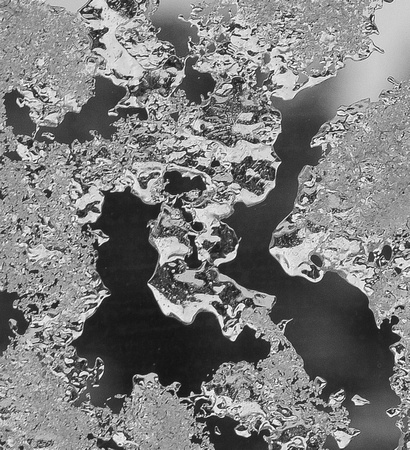 These segments of ice seem to be floating in thin air. Modern art, once again, courtesy of nature. 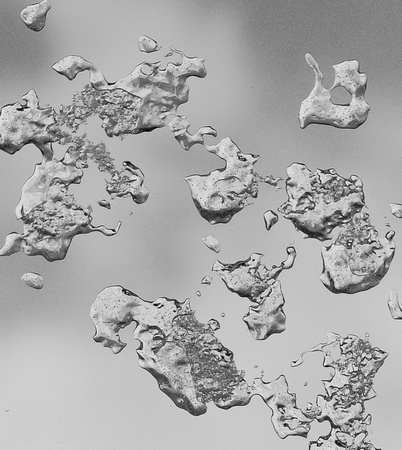 As the sun started to appear and the clouds scatter, the blue sky gave the ice more depth and context. 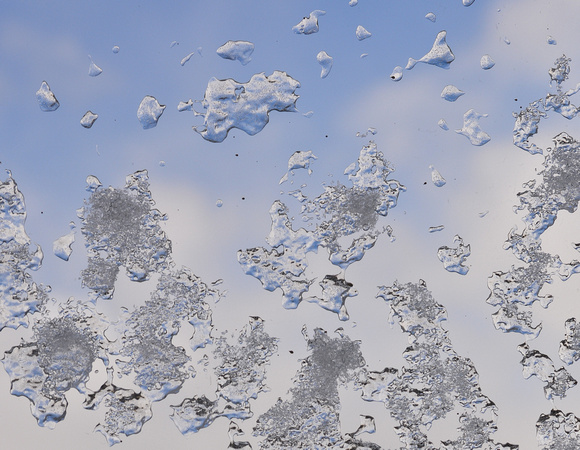 The winter solstice arrives on Wednesday.  I hope you will have a chance to celebrate the change, as we move forward into ever-so-slightly longer days and more light.

TTT(non-registered)
3 & 4. Are way cool extravaganzas of nature born design. Thank for reminding us to stop and look and appreciate weather's creations.
Terry Thompson(non-registered)
I agree with Steve. The third is a winner, snow/ice afloat. All nice work. Merry Christmas.
Sara Woodburn(non-registered)
Gorgeous, good eye Daryl! My favorite is the composition of the first one and its range of whites to blacks.
Steve Immel(non-registered)
These are spectacular proving once again that your eyes are in fine fettle and you miss absolutely nothing. That third one is an award winner and is worthy of a series. Merry Christmas to you and Fred.

By the way, Peggy and I love your card. It stands on our kitchen counter where we can see it all the time.
No comments posted.
Loading...