eye of the photographer

The complete title of an upcoming show is "Eye of the Photographer:  Four Guys...Two Galleries...One Outstanding Exhibition".  Opening this Saturday, the show runs through the 4th of July.  The opening reception is a benefit for the Taos Center for the Arts.  It will be housed in two galleries - Wilder Nightingale and David Anthony Fine Art - both on Kit Carson Road in Taos.  The four guys?  Terry Thompson, William Davis, Cris Pulos, and my photography bud Steve Immel.  Since I have yet to photograph the first three in the group, I found myself revisiting a photo shoot Steve and I did in his garage and around his house in 2010. Yes, that long ago, Steve, so we shouldn't put another off too long.

But first, some of the results of the shoot.  I was using a Nikon D80 at the time, and Steve's soft box and strobe set up in his garage.  Since I have learned just a few things about developing or adjusting digital images since then, I occasionally like to revisit them to try to figure out what the heck I was thinking when I rendered them the first time!

Of course, at the time we did our shoot, I had no idea that Steve was a guitarist of some renown.  He said he wanted to be photographed with his guitar, but most of us of the folk and rock ages played or played around with guitars.  However, at that point, Steve failed to mention that he had opened for the likes of John Denver and Hoyt Axton. So here are a few shots of him with his guitar.  The first was made in the garage/studio, and the last three were made in or outside his house. 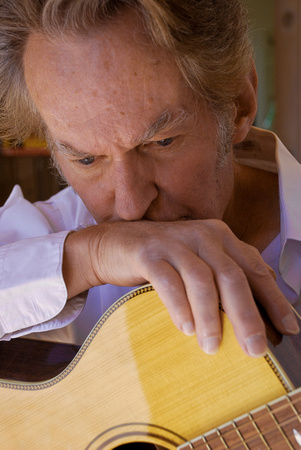 Steve Immel close up with guitar 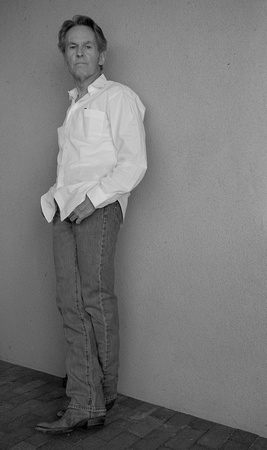 Steve Immel(non-registered)
What a wonderful surprise, Daryl. It's so thoughtful of you to promote our show. It's fun to revisit your portraits from the days of yore. And, yes, we need to try it again to see if we've learned anything since 2010. That long ago, huh. Jeeesh!
Terry Thompson Photography(non-registered)
Wow, how nice of you to plug our show, much appreciated.
And super portraits of Mr. music man Immel. We should talk him
into strumming some tunes for us someday...
pi(non-registered)
Great bunch of shots of Steve! Thanks Daryl.
No comments posted.
Loading...