On January 6, 1912, the territory of New Mexico officially became the 47th state of the United States of America.  In celebrating the 107th birthday of the state, which, quite bizarrely, many people still do not know is actually a state, I put together some new and also iconic images of the Land of Enchantment.

In the early 1980s, I worked at the Secretary of State's office, and was also doing freelance photography.  It was a perfect fit for the Official New Mexico Blue Book published in 1981-1982, which included a number of my photographs. The seal of the state on New Mexico flag gold inside the Zia symbol was paired with a photograph I shot along the Aspen Vista Trail near Santa Fe Ski Basin. Obviously, these have been through several generations of printing and scanning. 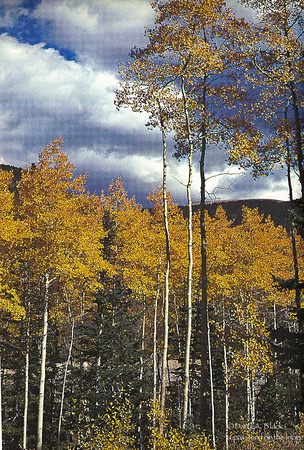 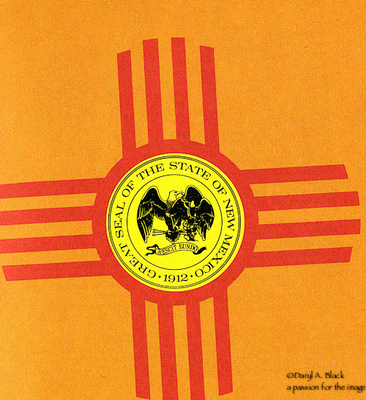 Something to catch the eye and palate - one of Fred Black's Navajo Churro wool rugs, red chile power, and Anasazi beans. 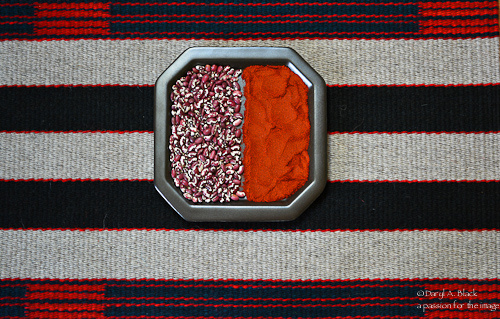 One of the more iconic places in northwestern New Mexico is Chaco Culture National Historical Park.  The photograph below shows some of the incredible architectural elements and stone work you can see on a visit here, when the government opens again. 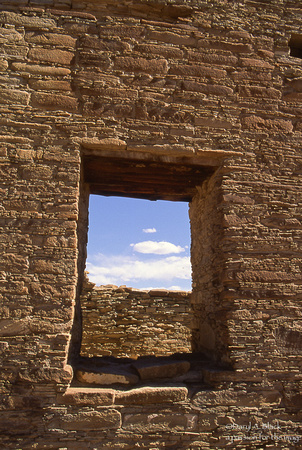 Cacao Santa Fe has developed a "Chaco Pottery Shards" collection that reproduces designs on pottery jars recently discovered.  According to the description page, the jars contained residue of liquid chocolate.  These little jewels also gave me the opportunity to play with food again. 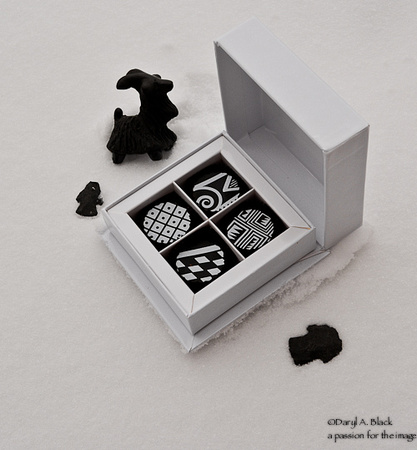 elida Hanson-finelli(non-registered)
Happy New Year and Happy Birthday New Mexico! What a unique part of America we live in. How fortunate to have so much nature and culture available to our senses.
Thank you as always for your exquisite and varied presentations! You always inspire me!
It is sort of funny there are many who do not realize we are a state of the USA. When we were first moving here I was asked by many if I needed a passport to come biack and forth to my then home base. Perhaps it is better that way!
Love your clean and beautiful work as well as your experiences.
.
Ingrid(non-registered)
Wow, what a collection of beautiful Daryl photos to celebrate our state's inception. Thanks for your take.
Wayne Gesterfield(non-registered)
Nice. Gee, the state doesn't look that old.
Such a nice young state.
TTT(non-registered)
Did you ever think of food stylist photography? The two today are superior. Each makes me want to buy the food you’ve photographed. Happy New Year!
No comments posted.
Loading...