Where did Thanksgiving Monday go?  In my case, it went to a great deal of procurement, given the fact that we had not shopped for groceries in three weeks.  Then, naturally, one has to bring said food items into the house and give them a thorough washing, as well as isolate edibles in hard packaging for a week or so, wash hands perhaps twenty times or so during the process, shower, followed by refreshing the kitchen.  Many people throughout the world have developed similar sets of protocols during the pandemic, and do the same thing on a regular basis, if water is available.  We are extremely lucky.

But it is still Monday, as far as I know, and much, much later than I usually do my blog.  Time to get on with it, so this will be brief.  While the washed vegetables and fruit were drying on the counter, I realized it was a still life in the making.  Out came the camera, and here are a few of the results. 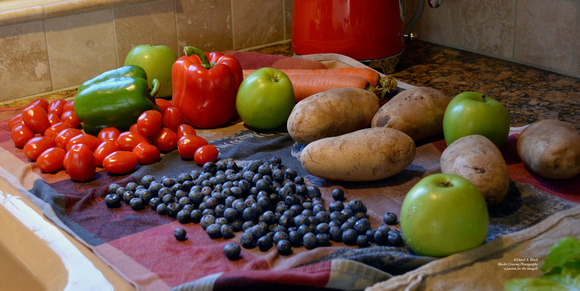 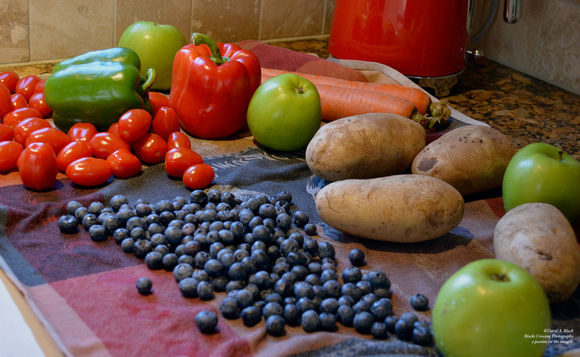 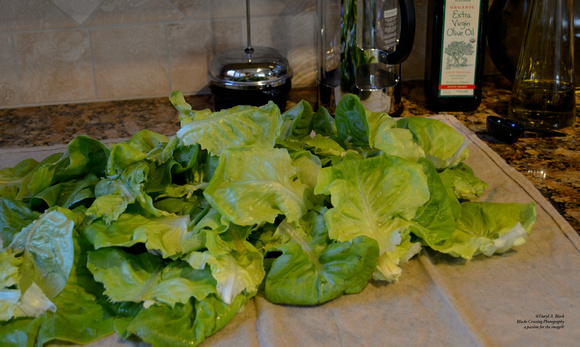 One the wonderful things that arrived via email this week was a list from the New York Times titled "I am thankful to be thankful" wherein readers were asked to send in six word memoirs that were, according to the Times, a style of writing "popularized by author Larry Smith".  There were 10,000 replies and a selection was listed.  It challenged me to think about the six word memoir.  "The smell of the desert rain", "an enchilada plate and red wine", "exploring little things with my camera", "sharing a warm bed with Fred", "sun shining brightly in my eyes", "hope filled heart for the future", "to bounce wildly around the house", "hearing the sound of friends' voices", "dancing speedy milongas or a lovely tango"

Want to share?  I would love to hear from you and post some of your six word memoirs next week if you allow.

Wayne Gesterfield(non-registered)
Love your Junco.
And those blueberries sure look good.

I wipe with alcohol the front and back of the newspaper each day.

We don't wash vegetables. Send those sprouts back to Brussels. We only eat American sprouts.

I was recently turned on to inaturalist.org by my dentist. Does everyone know about it?
Put a pic of any bird, flower, plant, bush, tree in it and it will tell you the name.
Kind of cool.
Steve Immel(non-registered)
Good that you found a willing subject at the last minute. You always do. I have to say that "The smell of the desert rain" resonates. Especially the Saguaro desert after the rain for me. Then "The sun burns through the fog", "When her laughter fills my heart", and "Listening and learning a stranger's story."
Suz(non-registered)
Well, my life has been much as yours, then, except for the sanitizing of the groceries. I discontinued that drill. I also read the NYT list, and I am thankful that all of the people I care about are so far well, and mostly observing recommended cautions. We had a pleasant quiet holiday, just for two. Now strategizing the most festive way to approach Christmas, without physical company. Doing art. That is my ticket to happiness. I think the same goes for you two. Happy Holidays! Keep the beauty flowing.
Terry Thompson(non-registered)
"You are a writer, and fast." "Read their list, admired everyone's talent." Now yours just as well, hmm." "I'm still pondering my slow reply."
Terry T.
No comments posted.
Loading...