As I continue to follow the seasons on the mesa, it would be remiss of me not to photograph and highlight the wild blue flax that pop up at will.  Linum lewisii is a wildflower native to California but is found throughout the western United States.  It is considered a grass, which I did not know and had not considered.  I have photographed these beautiful but small, flat-faced flowers for years, and began again this week.  The photograph below gives a fairly typical view of the flowers, accompanied by the green "pearls" hanging from each flexible stem. They hold the next flowers. 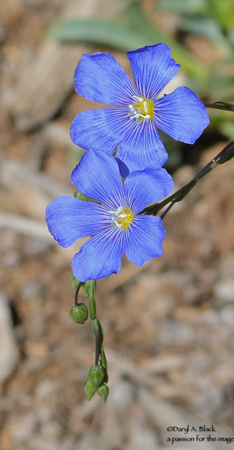 In all the twenty or so years I have been photographing blue flax, I have never photographed them from the base or back of the flower.  One of those things that simply had not occurred to me until recently.  But when the light bulb went off in my head, it revealed the flowers in a whole new light, as it were. A windless morning or day is the best for photographing these because of the flexibility of the stems that wave in the wind. 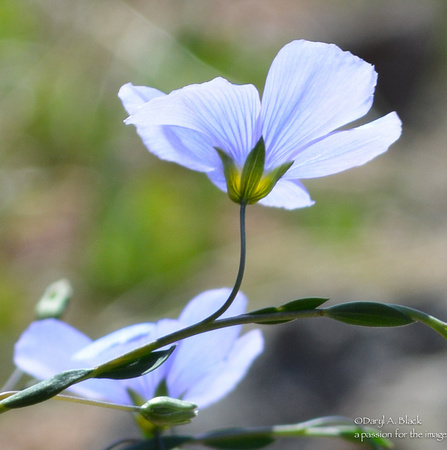 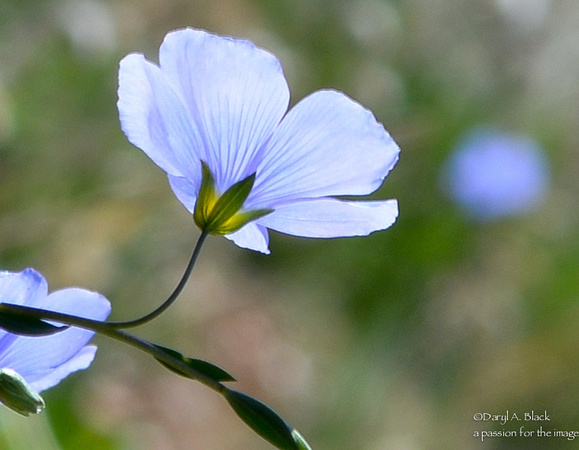 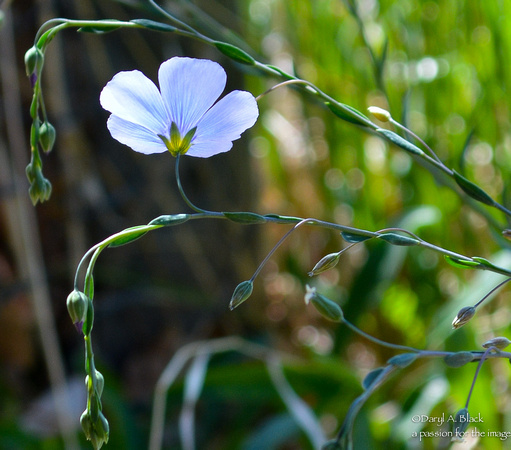 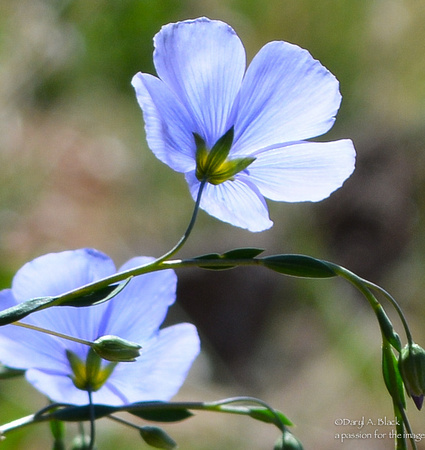 And once again, the face of the blue flax flower. 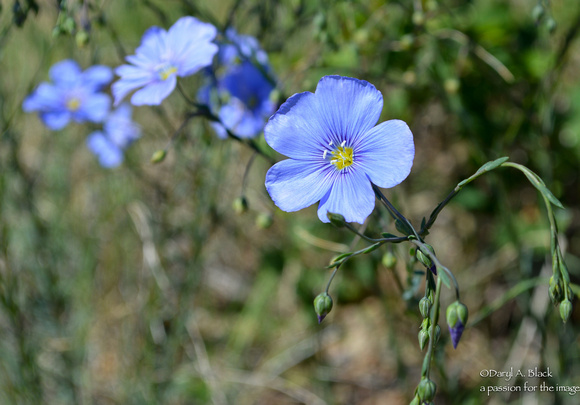 Thanks to Elida, TTT, Terry T., Jean and Sam, Fernando, Christina, Barbara, Susie, Wayne, Steve, Bill and Sue, Debra, Catherine, Dianne, and Lisa for your comments this week.  Love them all!

Dianne James(non-registered)
So pretty! I have a large clump of Flax in my garden, a volunteer that I now water. I do love how they sway in the breeze and bring their own kind of sunshine to each day. They are definitely photo worthy and you sure do them justice with your photos.
Ingrid(non-registered)
Great photos. Looks like a very different flower. I went out and stuck my head under some of our Blue Flax and sure enough you nailed it!
Steve Immel(non-registered)
Beautifully shot as always, Daryl. It's a treat to see a familiar subject in a new way. I'm particularly taken by the green buds or "pearls" that hang from the stems which appear to have been twisted ever so slightly. It's intriguing to see the contrast of deep blue faces of the flax to the pale almost lavender backs. Lovely!
TTT(non-registered)
clever topic ! ; )).
went back to your phlox blog to study differences . gosh leaf structures aren’t even close. can’t wait for next week’s edification!
Claudia(non-registered)
These are just beautiful, Daryl. I would not have thought of photographing them from underneath...a whole new perspective!
No comments posted.
Loading...