It is Memorial Day in these United States of America, which some days don't seem quite so united.  The day was first celebrated on 5 May, 1866 in Waterloo, New York, as Decoration Day, to honor those who fought in the Civil War. It was officially named Memorial Day in 1966, as a solemn day to remember those who have perished in battle in all wars.  Now in 2020, many people are reveling in the "reopening" of the country and not behaving as well as they should, but we must never forget.

I did some photography last year at the Santa Fe National Cemetery.  When I revisited some of those photographs, I realized that in the shot below, almost all of the people in the first four rows died in 1944, toward the end of the second world war. From New Mexico, with our relatively small population, so many died that year. 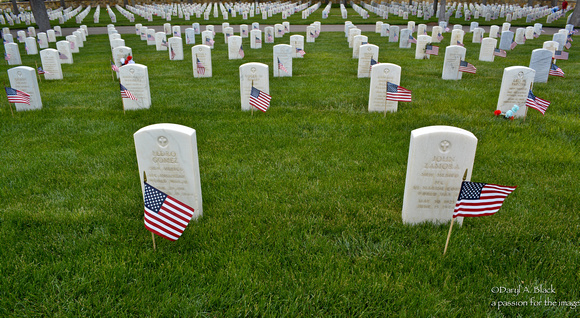 One of the most interesting things about looking at the marble stones is that many of these men were quite young, but others were 30 years or older when they felt compelled to enlist.  As you can see here, Pedro Gomez was born 29 April 1911, and died in the last half of 1944, making him 33 years old. 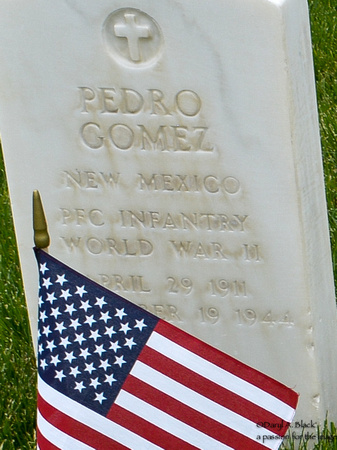 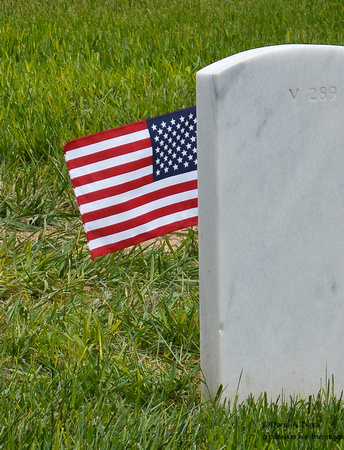 May we always remember.

Pauli(non-registered)
Very very nice. My birth dad Paul died in WWII. I had always recognized Veteran's Day and Memorial Day in his honor. A friend gently reminded me that Veteran's Day was for survivors, so my dad really wasn't a Vet. Revelation. So now I honor him with extra-special care on Memorial Day as his very own day of recognition. Thank you for your essay, as you're related to him too through family. xo
Dianne James(non-registered)
...and lest I forget, my mother served as one of the 'Rosy the Riveter' gals repairing airplanes.
Dianne James(non-registered)
Those are very beautiful photos, Daryl. Your words are thoughtful. My brother Gene served in the Navy, as a medic in Vietnam, and in the Gulf War aboard a ship as a pharmacy tech. He retired and then joined the Army. He said basic training almost killed him. He spent most of his adult life in the service. He passed away a few years ago. Another brother, Carter, served in Korea and Germany. Two other brothers never served and protested the war in Vietnam. They were protesting at Kent State during the height of the protest there. Grandad was paying for their college, and one day saw their picture on the cover of Time Magazine (if memory serves me correctly) and about had a fit. My dad served during World War II in the Philippines after joining the Army.

I think it's brave just to join, not knowing what might lie ahead.
Steve Immel(non-registered)
We've come to expect one of your thoughtful posts about Memorial Day. As we remember the fallen it serves us well to learn from their sacrifice and to be judicious when we send them into battle. Not all our wars have been worth fighting which makes the loss of life all the more tragic.
Wayne Gesterfield(non-registered)
Yes, we will always remember and give thanks.

My father was an Army Medic in the Philippines.
Most of the men in his unit were killed.
No comments posted.
Loading...