once a solar geek...

...always a solar geek, I suppose.  I have always wondered what goes into a human being - genetics or outside influences (nature vs. nurture) or both - and why some people become almost obsessed with one or more subjects or things.  I do know that this week, all of the teachers, professors, family, and friends who are or were ever fascinated with energy conservation and influenced us, were front and center.  From my first view of the Whole Earth Catalog, published from 1968 to 1972, and the first Earth Day on April 22, 1970, as well as my life as a Girl Scout, I was pretty much hooked on environmental science and issues.  When my husband, Fred, who spent his childhood hiking in Yosemite, entered the picture, we became a small partnership for the burgeoning alternative energy movement.  Not that we necessarily intended it to be that way, but the molding of our thinking by many people and science had happened.  We have been "solar geeks" ever since.  From our first solar home near Bluewater Lake in 1977 to our place at Big Sage, energy conservation was first on the list.  And we had a plan to make our place in Santa Fe as energy efficient as we could.

Here is a shot of our home in Taos County, complete with tracker and solar panels. 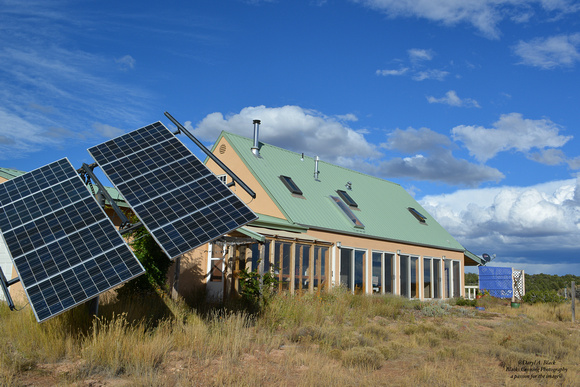 Fast forward twenty years and our return to Santa Fe.  In searching for a place, photovoltaic or solar panels had to be allowed.  Period.  It would be nice if there were shared walls to make the house more thermodynamic. When we found a home with those features, along with a lovely neighborhood at the right price, we grabbed it.  In May, we began what I will call Phase 1 of the plan, which was to contact Positive Energy Solar and begin the process of developing a grid-tie system.  We had been told that it could be six months or more, depending on the city and Public Service Company of New Mexico, because of licensing and permitting.  On Wednesday of last week, cars and trucks began arriving before 8 a.m., and men poured forth. First order of the day, in the time of COVID-19, was a temperature check, along with a safety meeting. 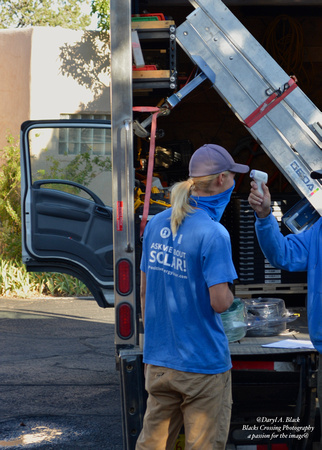 After that, a well-oiled machine was turned on, and the work of solarizing our home began in earnest.  Each of the workers has a particular area of expertise.  It was quite the sight to see. 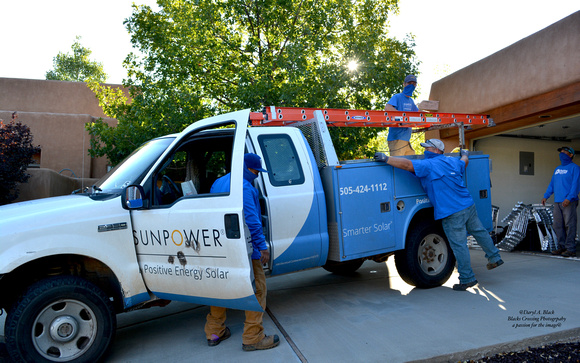 Mounting brackets were removed from the trucks, along with solid cinder blocks for ballast before the panels even faced the sun.  Two men worked on the electrical boxes, both old and new.  Another worked on shaping the conduit.  All were true artists. 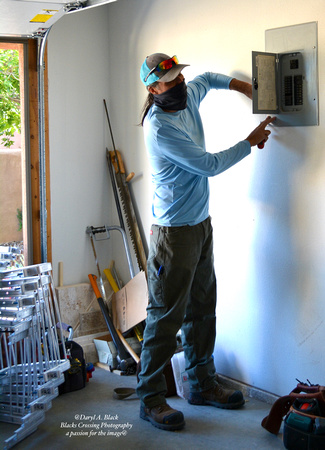 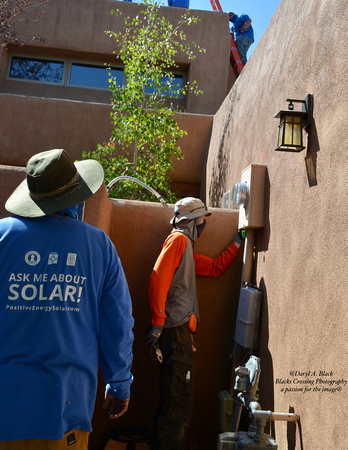 Over the course of the morning and early afternoon, 16-370 watt panels were installed on several roof surfaces, attached to brackets and ballast applied, wire pulled through conduit, and junction boxes attached. 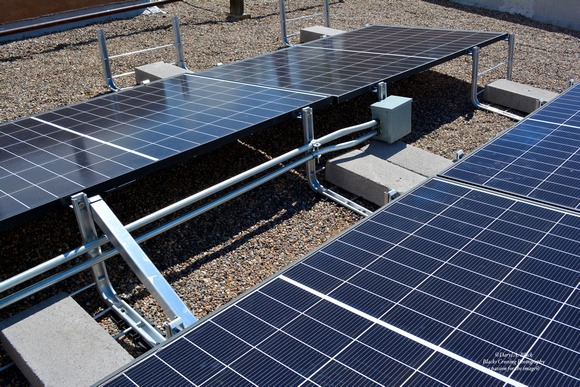 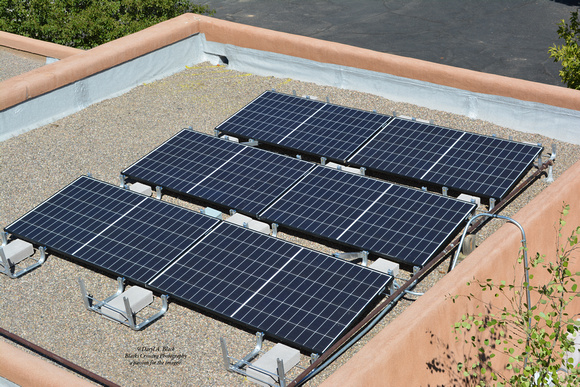 The system was complete and ready to go just after 3 p.m. that afternoon.  We were dumbfounded at the speed and efficiency of the crew.  Now we await Phase II, the final inspection and hook-up to the grid.  We are anxious to see how much energy is being harvested from the sun and sent into the grid during the four seasons.  No doubt, we will keep a log of that, along with our weather log that we have been keeping for twenty years.

Phase III, an electric car.  Ever the solar geeks!

It was wonderful to hear from so many of you this week - Lisa, Maria, Jean and Sam, Marilyn, Kay, Karla, Barbara, Victoria, Debbie R., Ann M., Christina, Debra, Catherine, Wayne, Steve, Robert, and Ingrid.  Happy September Birthdays to Steve, Donna K., Earle, and Kelly S., and Happy Anniversary to Barbara and David.

Ingrid(non-registered)
You are the pioneers! The panels look beautiful and low profile on the roof.
Catherine Sobredo(non-registered)
Congratulations on your impressive and continued energy saving journey! I hope we will be hearing more on the outcomes! Wishing you the very best!
Connie Taylor(non-registered)
One fact we can all agree on at this point in time is that there will be plenty of sunshine in NM. Be advised that the Ford Mustang is electric now. Move over Tesla.
Steve Immel(non-registered)
It sounds like an impressive performance from the team at Positive Energy Solar. I even like the name. The installation looks neat and orderly not to mention amazingly fast. How long will you have to wait for approval and liftoff? We wish you many warm, energy saving years.
Ann & Tomas(non-registered)
Wow! You're back in Sf!! Bienvenidos!!
No comments posted.
Loading...