Tomorrow, 21 December, is the winter solstice in earth's northern hemisphere.  Because it deeply effected their lives, daylight was tracked on some level by early humans and they knew it changed throughout the year.  According to EarthSky, "The solstice is when the sun reaches its most southerly point on the sky's dome for the year.  At the solstice, the Northern Hemisphere has its shortest day and longest night of the year."   That happens tomorrow at 9:59 a.m.  EarthSky also recommends being outside at noon and taking note of one's shadow.  It will be the longest of the year, whereas on the summer solstice, it will be the shortest.  The day also marks the change of season into winter, while in the Southern Hemisphere, summer is underway.  Since we aren't in the vicinity of Stonehenge or any other great celestial stone circles, local is the key in this blog.

I can't say I ever took note of my shadow at noon on the solstice, but here is the closest thing.  Never have I felt so tall! 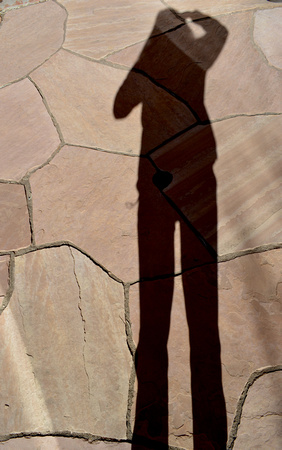 In attempt to do some interesting shadow work for the solstice, I used wine and champagne bottles.  They obviously are different colors of glass that make very interesting designs in the noon sun.

A group of bottles and their effects. 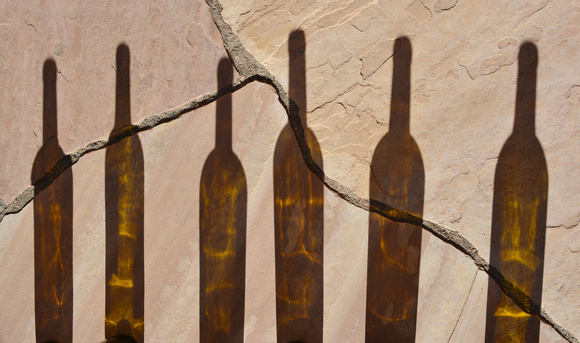 Straight from New Mexico, this Gruet bottle was very obviously a deeper green that the others, and the thicker glass created fascinating designs. 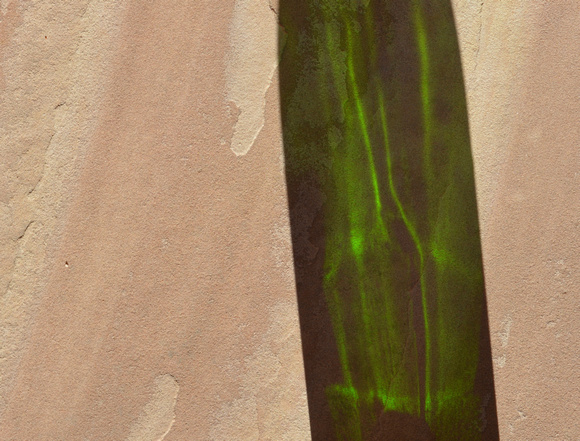 By adding more light to the shadow areas, the deep green shifted to a light shade. 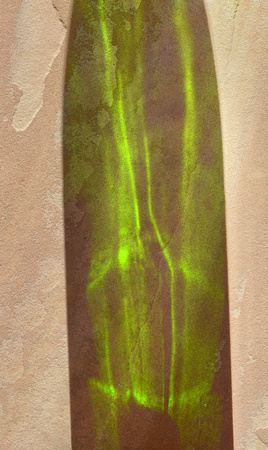 Turned on its side, the bottle takes on a different character. 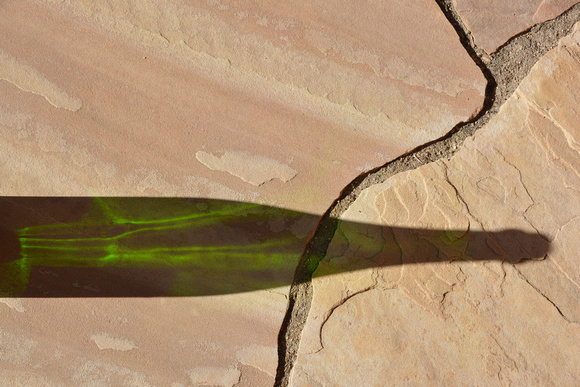 My wishes to you are for safe, healthy, and happy holidays, wherever this week finds you!

Ingrid(non-registered)
Always a new take. Amazing, Daryl
Lena Dominguez(non-registered)
Feliz Navidad Daryl and Fred. It's always a pleasure reading your blog. God bless.
Victoria(non-registered)
Love the line of wine bottles. They almost look like the bottles and not shadows.
Dianne James(non-registered)
Shall we call you Legs, from now on? :) Wonderful photographic subjects, this week, bottles. You are so creative. I look forward to reading your blog. Happy Solstice and have a beautiful week.
Steve Immel(non-registered)
My, you are tall. This from the fertile mind of Daryl Black. I'm amazed that you find a unique take on the world nearby every week. I hadn't contemplated my tall self as provided by the winter sun. I like looking taller but not of it takes 12 months of winter. As to the wine and Champagne count me in all year long.

The line-up of bottle shadows of varying heights is very effective. And I like the lighter rendition of the Gruet bottle with it brilliant emerald green and enough translucence to see the patterns of the flagstone below.

Thanks for another great set.
No comments posted.
Loading...