an eruption of color

A visitor to the western United States, viewing the low and high desert regions, might see a rose bush and think of it as a botanical mirage.  Members of the Rosaeceae family are thought to have originated in Central Asia, and can be found in almost every country.  Despite the sometimes seemingly awful soil in parts of New Mexico, roses can do extremely well here, probably aided by the dry climate.

Rose breeder Will Radler developed the cultivar called the Knockout Rose in 1989 and it came on the market for public consumption in the year 2000. Knockout was meant to give leery members of the public a fighting chance to succeed in growing roses that were resistant to powdery mildew, black spot, and other diseases, as well as pests common to roses.  They also grow in a wide variety of climates.  I am betting that there are Knockout Roses in at least 50% of the yards in our neighborhood.

We have three bushes in a patio area, providing visual interest daily, from the first bloom in May through September or October.  Needless to say, I have been out, even during the dreaded 10 a.m. - 2 p.m. photography witching hour, shooting the roses, and watching how the light effects the color and my perception of it.

The first bush to bloom this year produces deep burgundy or maroon colored roses.  Shown below are two of the first buds.  All four photographs were shot in early morning shadow. 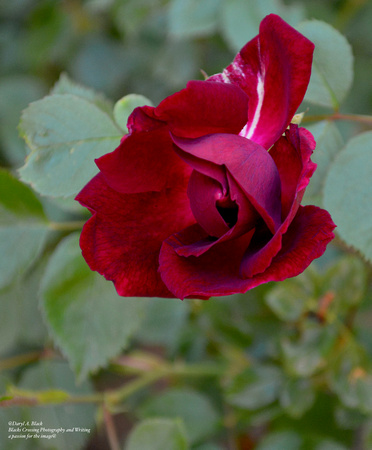 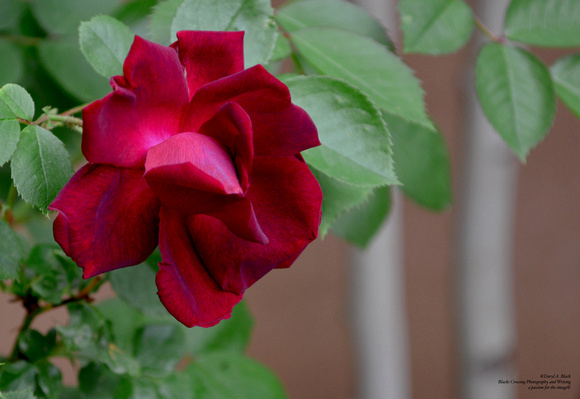 The next two are buds that will soon open flat. 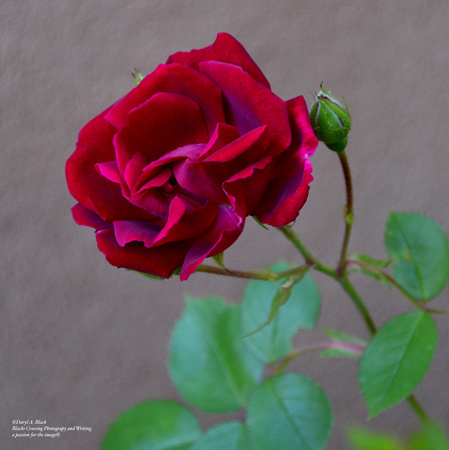 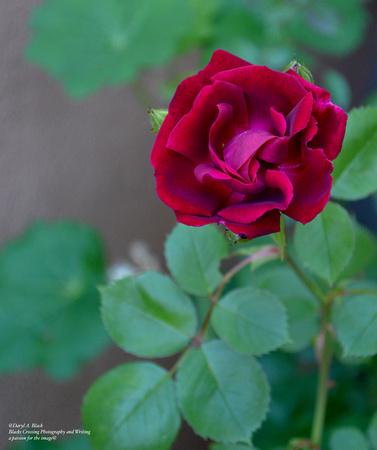 The still-opening rose shown below, was shot in the later morning and in a pool of brighter light. 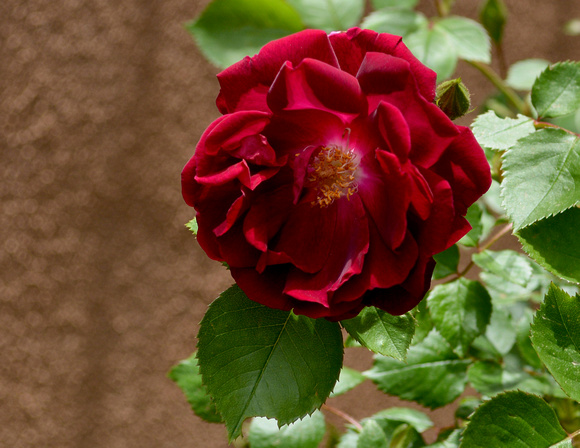 The "IN YOUR FACE" eruption of brilliant color of the coral Knockout almost screams for your immediate attention. 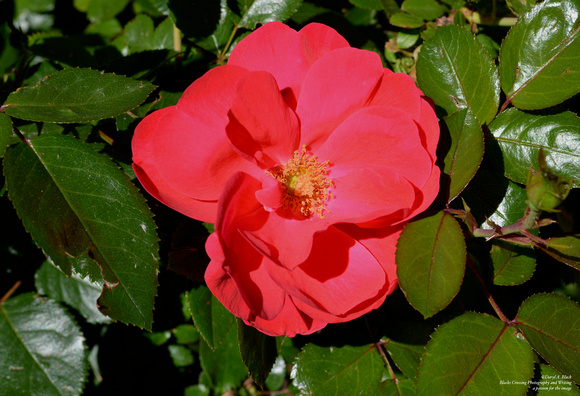 It is hard to believe this is from the same bush, but again, it was early morning shade rendering a more pink tone. 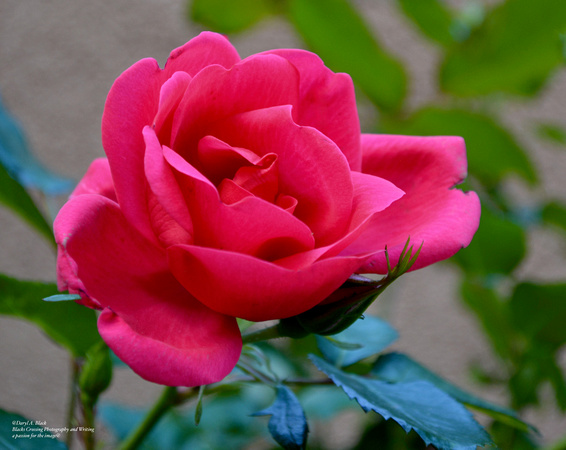 Last but not least, a bud in shade that seems to glow 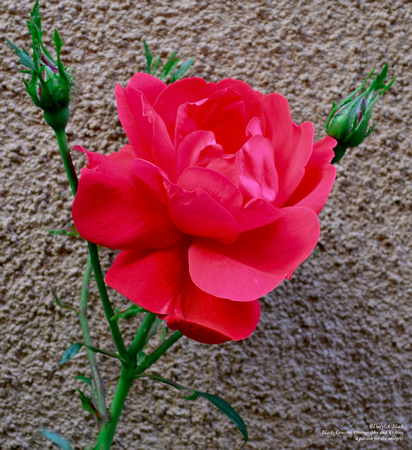 My thanks to Barbara, and to my sister, Debbie, for helping with the identification of our roses.

Blog commenters this week included Jean and Sam, Barbara, Jim W., Larry J., Mary G., Victoria, Ingrid, Dianne, Steve, and Diane!  My great appreciation goes out to all of you.

Ingrid(non-registered)
Daryl, those photos are knockout gorgeous!
Catherine Sobredo(non-registered)
Vibrant and more subdued reds provide a rich contrast in color and texture. Simply beautiful!
Steve Immel(non-registered)
An eruption of color for sure! What a rich red in these specimens. I favor the Knockout buds shot in early light. They are more intricate to my eye and appear to have more volume. Image number three is simply stellar. I really like that composition. The pink pops but the burgundy is juicy and robust like fine wine.
Wayne Gesterfield(non-registered)
Gotta love roses. I have hundreds of rose pics.
I like the ones with the wall background the best. Such great contrast in texture.

Experts here in the Phoenix area say do not plant rose bushes, they don't do well here.
And then a couple of my neighbors have many nice rose bushes blooming away and doing just fine. The key here is drip irrigation, they apparently need it.
No comments posted.
Loading...