It all began when I was pulling spent hollyhock flowers from one of the plants in our yard and noticed that an inky purple color was left on my fingers.  With dyed wool never far from my mind in Fred's loom room, I wondered if it would work to dye wool with them and what color the dye might be.  Having done some dyeing with my sister at home following a trip to ruins in New Mexico and the Southwest, (and later with Fred after a Taos Wool Festival), I know that a plant or flower's color does not necessarily render a color one would expect.  So I asked Fred if he thought the spent flowers could be used for dyeing.  He immediately went into that great source of internet information and instruction, YouTube, and found that people have indeed used hollyhocks for dyeing, and different varieties rendered different colors.  A fresh flower along with spent ones soon to be used for the dye are shown here. 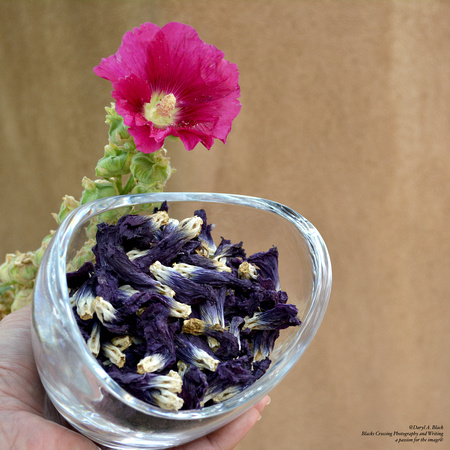 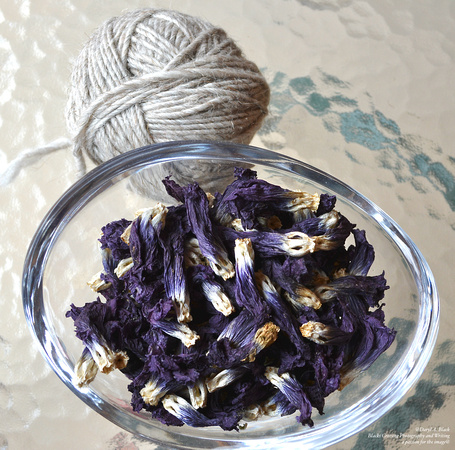 Simmer, but do not boil, according to instructions. 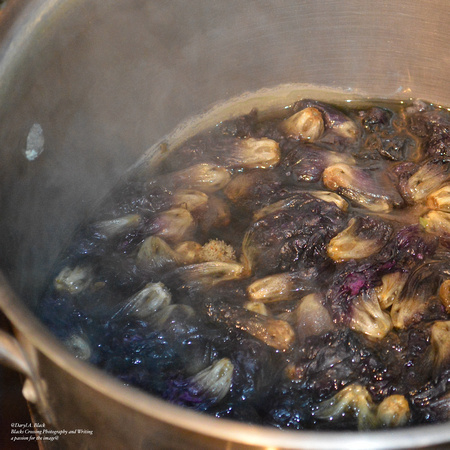 Wool being prepared to receive the dye by wetting it.  Then it is gently squeezed to remove excess water. 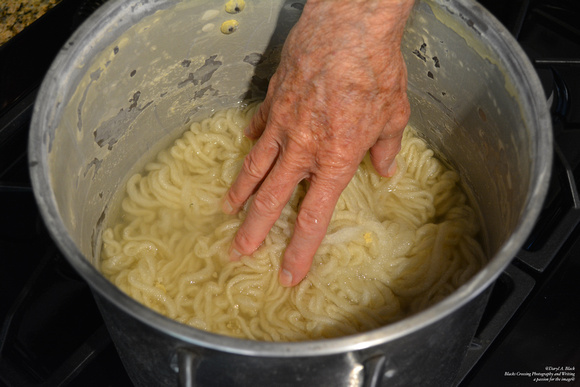 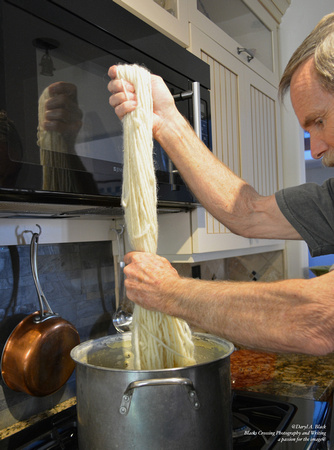 After the flowers have simmered, they are strained.  It all looks a little like pond scum at this point, with mysterious, slimy creatures in it. 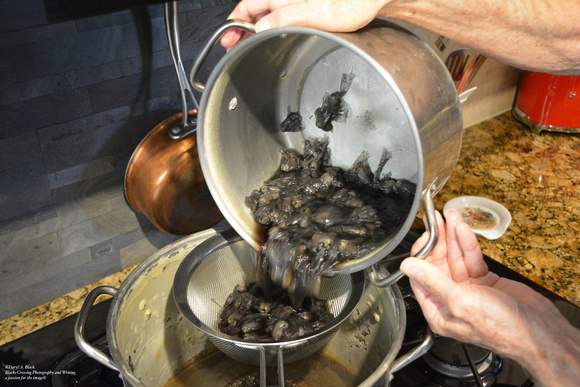 A mordant, made from vinegar and nails (for iron), is then added to the dye pot to fix or set the colors. 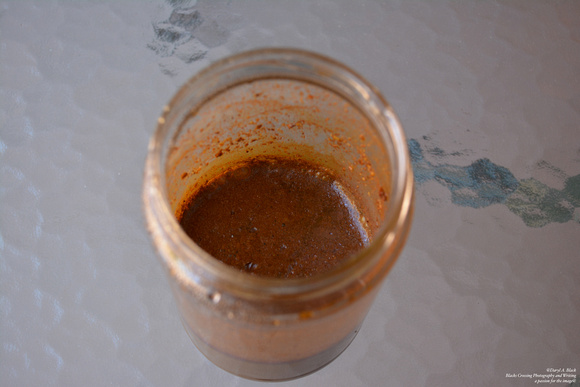 At this point, we had an idea that the resulting wool color was going to be a variation on a yellow/oatmeal color range, just as the YouTube experts has indicated.  Looks delicious, doesn't it? 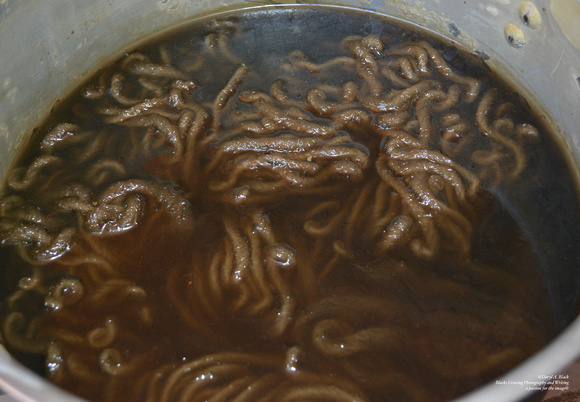 This is the skein that went into the dye pot first.  Subsequent skeins had less color available to work with and are lighter. 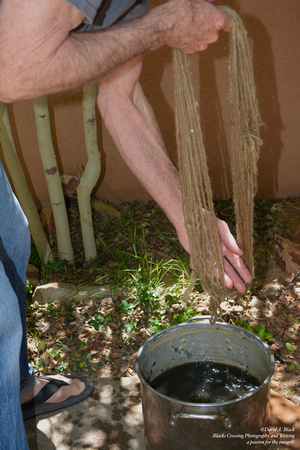 The final skeins and their gradations will make for interesting blending into a rug with other natural Navajo-Churro wool colors.  We'll keep you posted on that and any further "grand experiments." 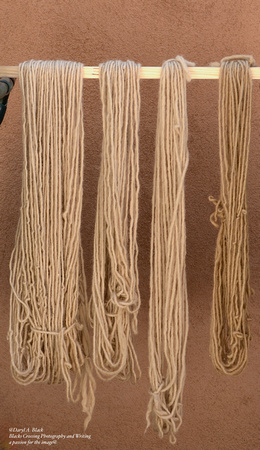 Wayne Gesterfield(non-registered)
That is so neat.
Can you dye your hair with it?
And what color would it be?
Pauli(non-registered)
Well, that was just fascinating. Who knew? Thanks for the photostory.
Sara Woodburn(non-registered)
Dyeing with plants is being part of a very long world wide history of color and textiles. Kudos to you and Fred for dipping into the pot
with your hollyhocks and wool. I love the subtlety of the hollyhock color with the churro sheep colors. It reminds me of the cotton grown in color rather than dyed after. These are all good practices to scale up to keep chemical dye out of waterways. Thanks for the images!
Steve Immel(non-registered)
This post was particularly entertaining and instructive, Daryl. So much fun. It's fascinating that such a subdued color comes from such a juicy color., just as YouTube expected. I can visualize how the straw hew will contribute to one of Fred's rugs. The process and the color are the epitome of natural. I'm always impressed by your exploration, experimentation and discoveries.
Deborah Rizzoli(non-registered)
I always look forward to Monday's blog, but this one really struck my fancy! I do love nature pictures, but it is so interesting to see how combining nature, as in flowers and wool, can produce a whole new color range. Can't wait to see what Fred makes with it!
No comments posted.
Loading...