The Olympic Games began last week, more subdued than normal, with the pandemic and Delta variant looming large.  The games had already been postponed a year because of COVID-19.  Host country Japan, which had done so well on keeping cases in check, started into a slide or spike, and officials have done the yeoman's work of keeping athletes, journalists, and guests safe.  Nonetheless, excitement and drama surrounding the 2020/2021 event abound, including the 400 meter men's swimming freestyle won by 18 year old Ahmed Hafnaoui from Tunisia.  Olympic followers and fans most likely did a double take and thought "What?  Tunisia?"  Not exactly a country thought of as a swimming hot spot, but somewhere in his brain and body, Hafnaoui really wanted to win that race, and he did.  Apparently, he did not know where to stand on the podium to receive his gold medal.

Like Hafnaoui, New Mexico and the southwestern United States had its own haul of gold during the past several weeks in the form of rain. Although flash flooding occurred in places, most of the western half of the nation is suffering from severe and historic drought, and it is thirsty for rain.  Any that falls is pure gold.  It has me and many friends exchanging notes about how much rain fell at any given time and place.  A friend in Arizona keeps updating the total.  First, it was four inches, then it was 5, now it is 6+.  Another friend in the downtown area of Santa Fe had an inch on the same day we had .40/inch here.  On a walk yesterday, we and friends got caught in a downpour and took cover under a portable tent. Another .36/inch.  While other parts of the country might think of those amounts as negligible, it is significant in "The Land of Little Rain" (novel by Mary Hunter Austin).  Rain is a spectator sport.  When it rains, people watch and revel in it.  Here, photographically, are a few stages of a thunderstorm.  Dramatic clouds with great uplift and towers building above 35,000 feet are usually significant, but don't always mean that rain will fall directly on the spot where they originate. 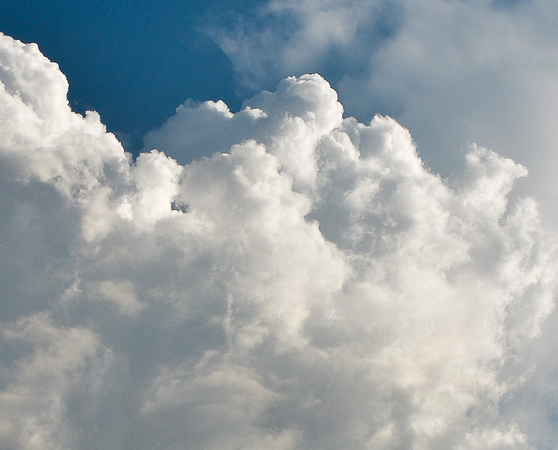 The sky in these shots looks more ominous and promising. 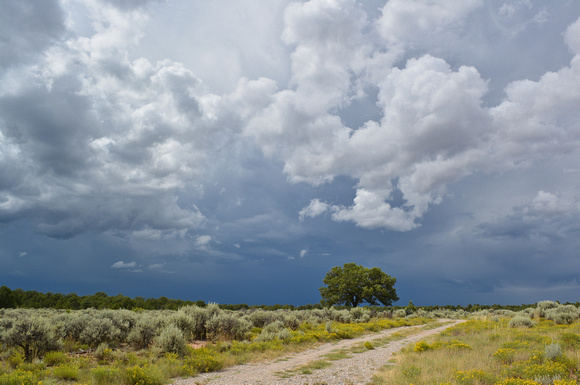 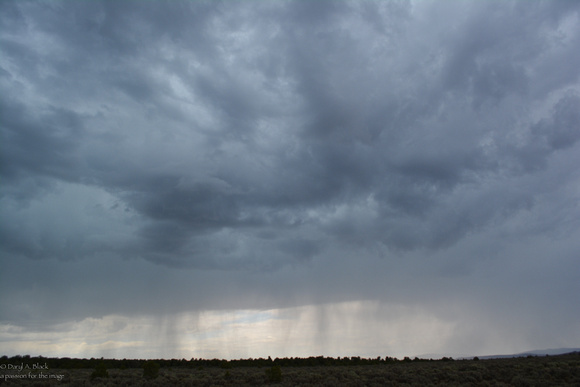 I spent quite some time trying to get lightning strikes, but, the storm yielded no rain that day. 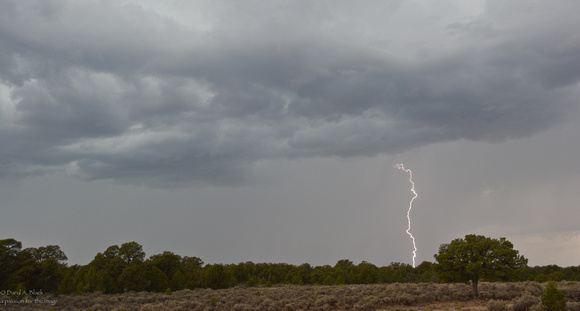 Luckily, the storm and sun that produced the rainbow here also came with rain.  Those who live in areas with frequent rain deprivation, including farmers and ranchers, have a deep feel for how important this liquid growth hormone is.  And how the senses soak in the smell of the earth after it rains, whether it is in the Sonoran or Chihuahuan deserts, in fields pine forests and grasslands, or on pavement.  It is one of nature's great smells! 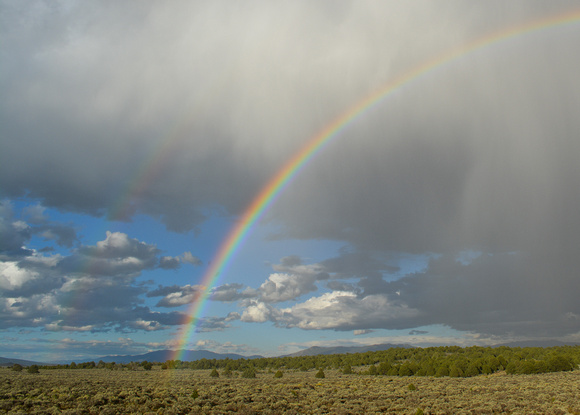 I hope that your week is filled, figuratively, with gold!

Steve Immel(non-registered)
Simply gorgeous, Daryl. No matter how many cloudy skies we see and photograph, they still amaze and inspire. In this set you've captured the power and the splendor of of a stormy sky. Congratulations on catching the lightning strike and the picture perfect rainbow. Neither are easy to do.

All of us are reveling in the much needed rain. According to the forecast the monsoons will continue for at least another week. We are blessed by downpours. Yes, the smell of Mother Earth after the rain is a treasure. It may be best in the desert.
Wayne Gesterfield(non-registered)
Nice pics. I love cloud and rainbow pics.
I'm sure there was some liquid gold at the end of that rainbow.
While we gladly accepted our 6+ inches of rain here in Scottsdale, we didn't like the heavy wind, lightning, and thunder accompanying it.
Quite a bit of storm damage was done.
No comments posted.
Loading...