where there is wind

Awakening this spring morning to high winds, one thing was assured.  Pollen and dust would fill the air, but it doesn't necessarily follow that there will be smoke.  However, at 7 a.m., the sky was dirty, tinged with yellow, and full of smoke from the Hermit's Peak/Calf Canyon Fire.  I cannot even imagine how miserable the fire fighters are, and the risks they take protecting the forests and homes and humans and other animals.  The pyrocumulonimbus "bombs" that form above heat sources, including wildfires and volcanic eruptions, have been all too common in New Mexico the last month.  I have been gradually documenting what we see from here. The image below is a great example rising in the Sangre de Cristo mountains over the Hermit's Peak/Calf Canyon Fire.  Thick, dark smoke can be seen building at the base of the bomb.  The fire has burned over 288,968 acres and is on its way to becoming the biggest wildfire in New Mexico history.

The Cerro Pelado Fire in the Jemez Mountains has also provided plenty of sky drama in the last month.  At 45,605 acres, the firefighters were able to gain more control over the weekend, when winds moderated. 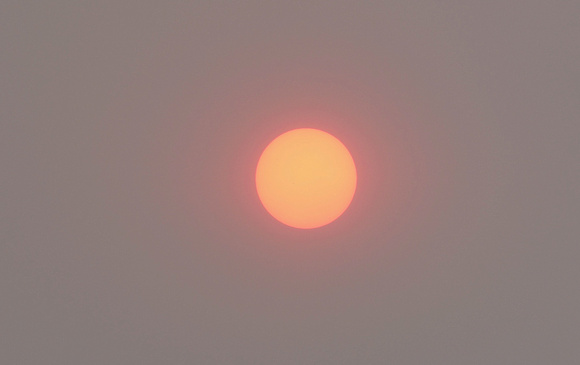 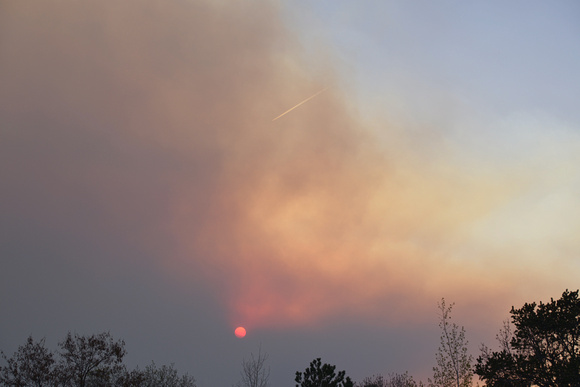 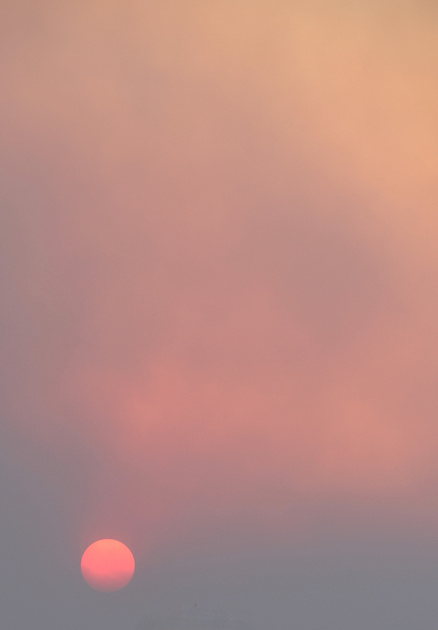 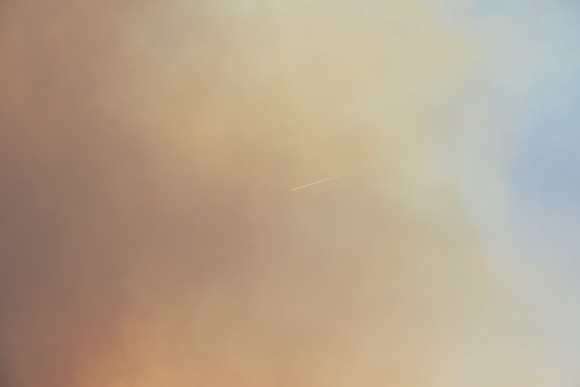 Except for the pyrocumulonimubus explosions above the fires, commercial airliners fly high above the smoke or around the formations, and contrails or vapor trails can be seen in both the third photograph as well as the one above.

This year reminded me of the two year period of 2011 and 2012 which brought the Pacheco Canyon Fire, the Whitewater Baldy Fire in the Gila National Forest (the largest in our history), and Las Conchas Fire in Los Alamos.  It made me wonder what the amounts of precipitation were in both years.  I distinctly remember seeing and photographing plumes from the Pacheco Canyon Fire, wondering how dire the situation would become. We had ashes on the roof of our house in Taos County, and very windy conditions existed into the middle of July of 2011, when the monsoon season came to the rescue.  We were more than grateful in 2012 when the monsoon began on 12 June with 1.22 inches of moisture, including 3 inches of hail.  Not knowing certainly does not prevent one from hoping there will be a vigorous monsoon season this year.  And a black-chinned hummingbird hovered at our sliding glass door this morning.  A good omen?  How do those .50/ounce to 1.5 ounce bundles of energy survive the wind and smoke? 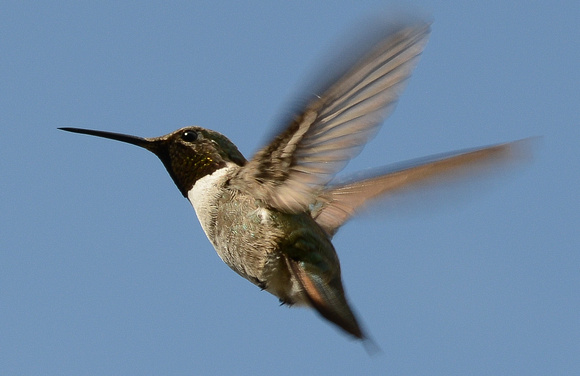 Many thanks to all of you for reading, and to TTT, Barbara, M. Fred, Steve, Pauli, Phyllis, Catherine, Lisa, Wayne, and Char for commenting last week.  Wherever you are this week, may your explorations feed your minds and your hearts!

TTT(non-registered)
powerful images alluding to the indescribability of this horror
Steve Immel(non-registered)
These are fabulous, Daryl. You captured at the fires from varied points of view. There's the obvious though spectacular wide shot of the billowing "pyrocumulonimbus bombs" like the one we're seeing over the Sangres, to the moon veiled by the smoky sky and the taupe sky which speaks to the disaster below. Image three shows the power of the fire. There is no sky. The red moons are real story tellers. It's good to see that the hummingbird found a patch of blue.

This is a really powerful set.
Sandra Bray(non-registered)
So sad to hear of the wild fires. So much wildlife and green infrastructure lost! Your photos are a good reminder of how serious the global climate situation is. After 14 years (maybe 16?) I'm no longer burning anything myself and it feels great to at least have pulled that off.
And Fred's new rug is glorious!

Be well, be safe, Daryl and Fred.
Wayne Gesterfield(non-registered)
Very nice rug Fred.
Been around these kind of fires, not fun.
Hope you are able to breathe your air.
Stay safe.
No comments posted.
Loading...