In these United (and some days not so united) States of America, the 4th of July is celebrated as the day a huge North American land mass officially declared its independence from Great Britain.  The Second Continental Congress voted for the Lee Resolution on 2 July and adopted the Declaration of Independence two days later in 1776.  John Adams wrote to his wife, Abigail:

"The second day of July 1776, will be the most memorable epoch in the history of America. I am apt to believe that it will be celebrated by succeeding generations as the great anniversary festival. It ought to be commemorated as the day of deliverance, by solemn acts of devotion to God Almighty. It ought to be solemnized with pomp and parade, with shows, games, sports, guns, bells, bonfires, and illuminations, from one end of this continent to the other, from this time forward forever more." (Wikipedia)

Short of the precise date, Adams made an apt prediction.  Last night when we heard what we thought was a bomb it dawned on us that, yes, it was the 3rd of July, the day before the official date of independence, and people love to start celebrating early.  I could not help going into my photographic vault or morgue, for a few shots of fireworks. 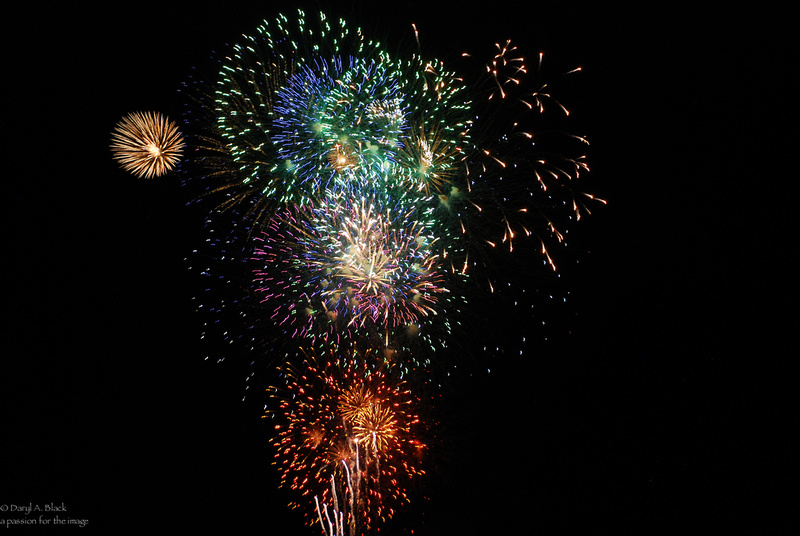 I am always surprised by the way fireworks are developed and how they "photograph".  Each has its own pyrotechnic material in order to achieve noise, smoke, light, and floating debris.  The trajectory on the image below creates a palm tree type effect given the slow shutter speed needed to capture it in the dark. 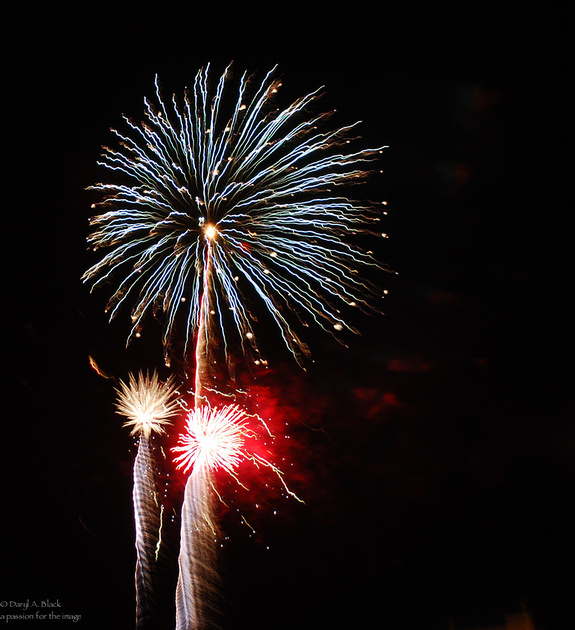 The lily below has its own fireworks in the middle - stamens that reveal a metallic, almost day-glow color.  It qualifies as nature's firework, don't you think? 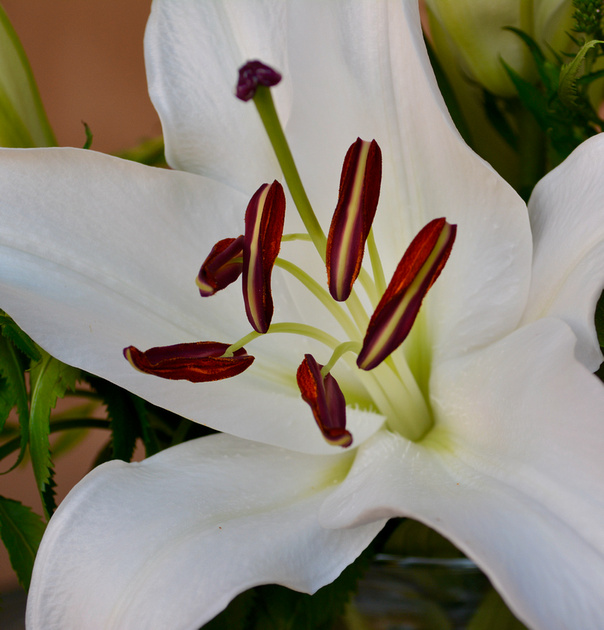 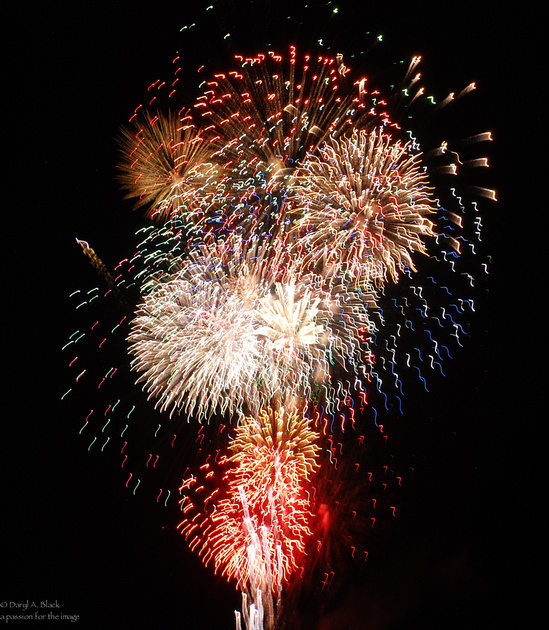 Have a safe and delightful holiday.

Wayne Gesterfield(non-registered)
Oh, so nice.
Happy Independence Day
Steve Immel(non-registered)
Thanks for recognizing the Fourth with a choice bit of history. John Adams was one prescient soul. How accurately he saw what the holiday would become and how it would be celebrated is nothing short of miraculous. Fireworks are the center of attention and you've done them proud here. To juxtapose the fireworks with the lily was inspired.

I'll paraphrase Lawrence's Fourth of July wish. May our country become strong again and be united once more. The premise being we can only be strong if we are united.
Lawrence Jones(non-registered)
Daryl, the second photograph from the top looks like it was taken thousands of feet underwater in a deep ocean trench with.lights shining on some previously unknown floral life at the bottom of the sea. Simply wonderful! May our country stay strong and united!
No comments posted.
Loading...