Yesterday's sky and combination of overcast skies with thunderstorms in the distance and dappled sunlight provided a near-perfect backdrop for the family reunion I photographed near Taos.  This was the third reunion I was lucky enough to photograph for them.  There was one member of the crew missing but celebrated, one who had grown up so much that I did not recognize her, two engagements, and one wedding since that last time I saw the family in 2015.  Everyone looked pretty much the same and full of life.  Next week's blog will go into this in greater depth but I wanted to provide a glimpse today.

Like weddings, family reunions hold different elements that need to be captured photographically.  There are specific requests from individuals - shots of couples with children, parents with children and grandchildren, spontaneous fun shots, and of course, one has to document the gathering with the all-important group photograph.  Sometimes, there is a non-human element that becomes an added personality.  In this particular event, it was hats, and thus, the "hat trick" below that only a 22-year old could pull off this well. 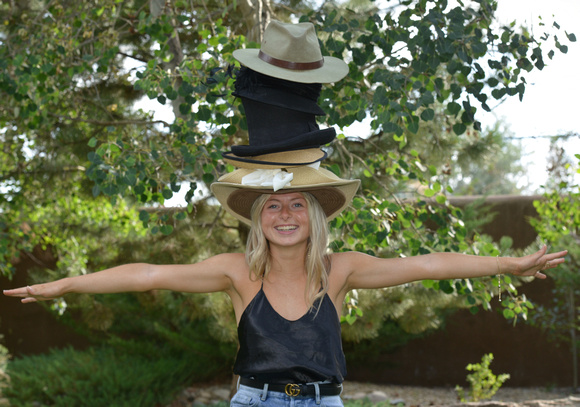 At the other end of the age scale is the beautiful matriarch of the clan, who donned the hat below with style and class. 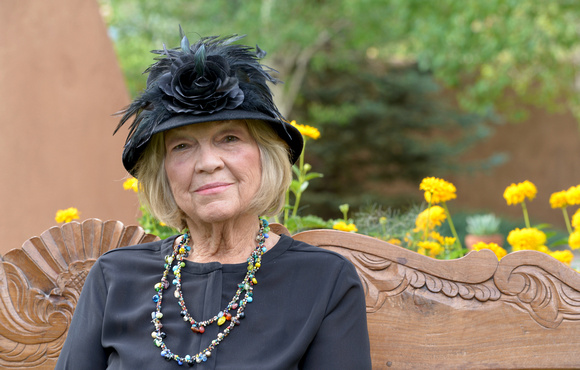 The felt western fedora and top hat made a good pair for the day... 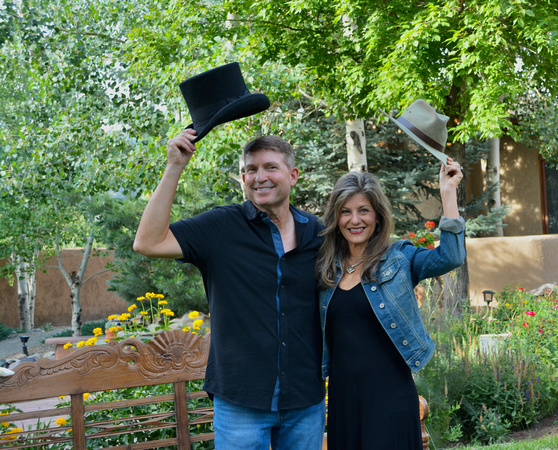 ...as did the straw hat accentuating a coiffed beard and ink 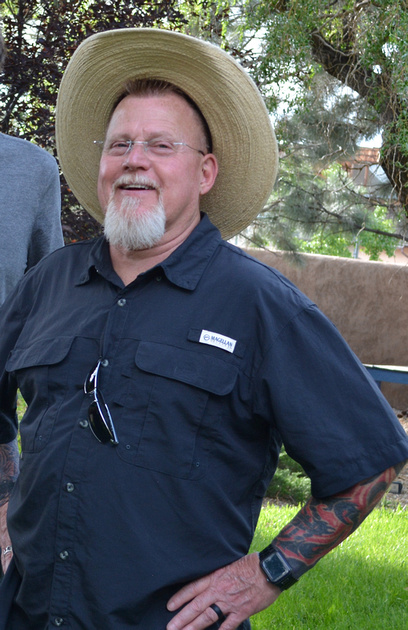 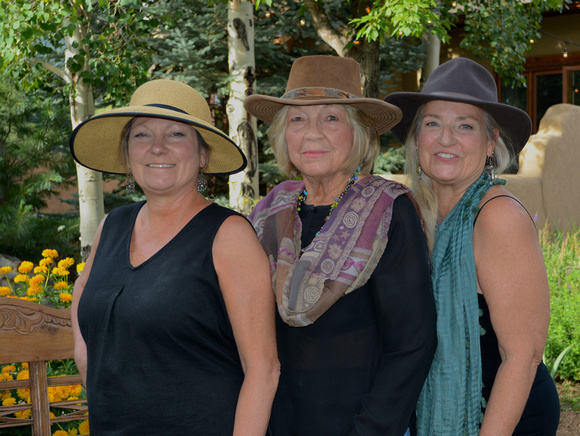 This week, I will be editing and rendering all the reunion photographs, and examples will be featured in next week's blog.

Thanks to Jean & Sam, Victoria, Barbara & Clyde, Geula, Maria, Larry & Carol, Christina, Steve, Catherine, Barbara, Marilyn, and David O. for writing this week.  A special thanks to the Aufleger Family for being creative and flexible during the shoot.

Steve Immel(non-registered)
What a pleasure it must be to photograph a family after seven years have passed. Being informed by earlier sessions must have been helpful in visualizing this reunion and preparing a plan. It's amazing how many changes occur in such a short time. That's particularly true of those who could not attend or have grown from teenager to adult.

The hat theme livened things up. Was that part of the plan or serendipity? Either way it brought spice to the proceedings.

I look forward to more next week.
Ann Alexander(non-registered)
What a good looking family. These reunions are so important in establishing our place but poignant when members "leave" us with only memories.
Dianne James(non-registered)
What creative and beautiful shots!! They are so fortunate to have such a professional and creative photographer as you to capture their special moments. Great job, Daryl. Can't wait to see the other photos. Have a wonderful week. Love you guys.
No comments posted.
Loading...