In the pouring rain fifty years ago, roughly twenty-four hours after our wedding, Fred and I literally stumbled onto an arts and crafts fair on the Plaza in downtown Santa Fe.  At the time, we had no idea what it was, but there were crowds of people peering in the booths and strolling the streets.  There was more Native American art than we had ever seen in one place before. It was really cool.  Little did we know, we were witnessing the SWAIA (Southwestern Association for Indian Arts) Santa Fe Indian Market.  Since then, we have attended twenty times or more, with friends and family, discovering artisans from whom we would purchase art over the years.  This year's Indian Market was the 100th event, and, thankfully, we don't see any sign of it slowing down.  We did not attend this year, but seeing media photographs of this year's market, the younger generation of artisans are adding their own style to the mix, literally taking traditional arts and tweaking them.  It is exciting to see.

In honor of the 100th, today's blog features some Native American art from years past.  The coral inlay bracelet shown here was made by Rod Kaskalla of Zuni Pueblo, holding a concho belt crafted by Robert Johnson, a Navajo silversmith from the Chaco Canyon area.  The backdrop is a rug woven by Shirley Dennison in the Teec Nos Pos style with wool made using natural, vegetable dyes.  She is a member of the Ramah Navajo Weavers Association. 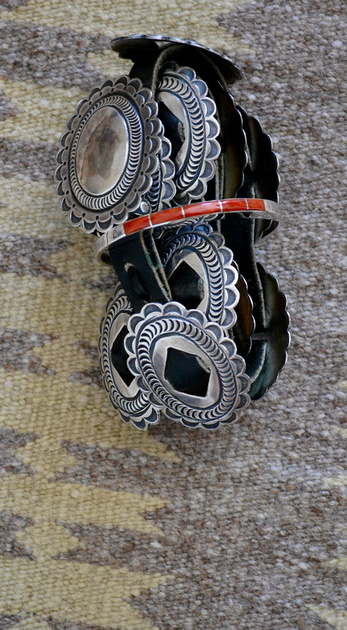 Below is the same inlay bracelet along with another holding larger pieces of coral on a Ramah Navajo Weavers Association sampler rug titled "Storm" by Linda Nelson. 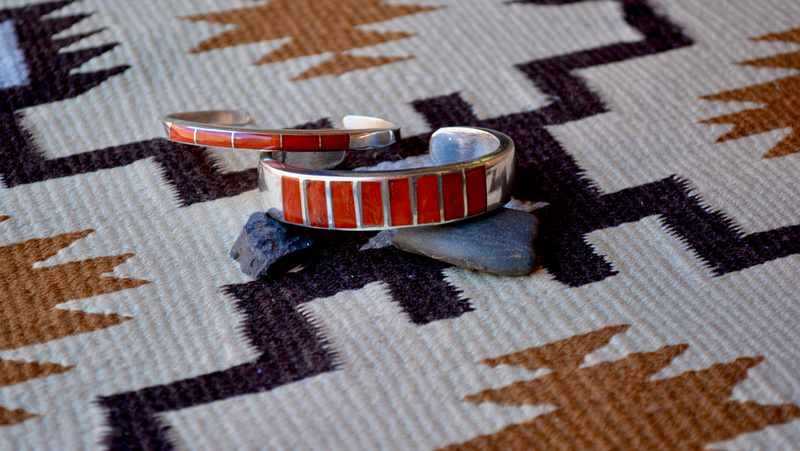 Below is the Navajo concho belt and the coral inlay bracelet on the "Storm" weaving. 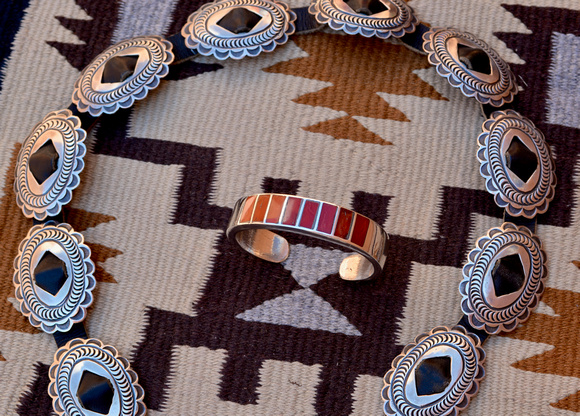 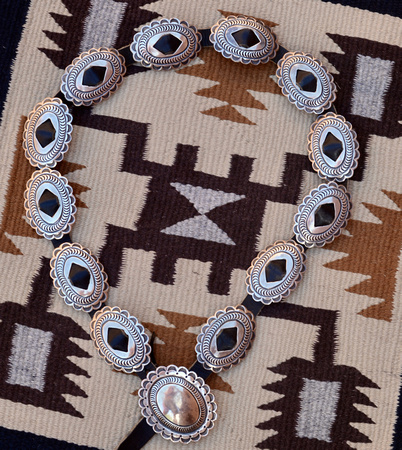 A necklace comprised of coral beads rests on a rug woven by L. Yazzie, of Ramah, in 1992. 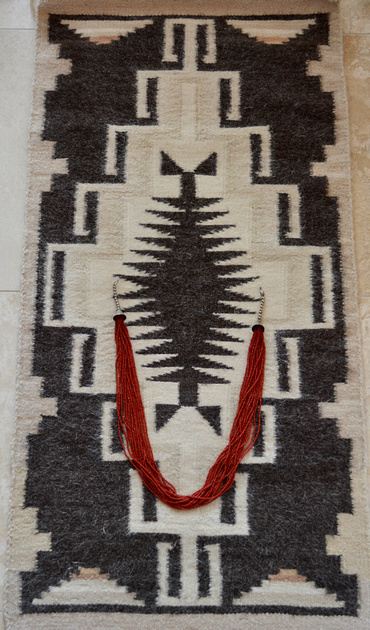 No Indian Market event would be complete without a squash blossom necklace.  This one was purchased from weaver Pearl Sunrise in 1971.  I suspect it was made by her husband Bill Sunrise. 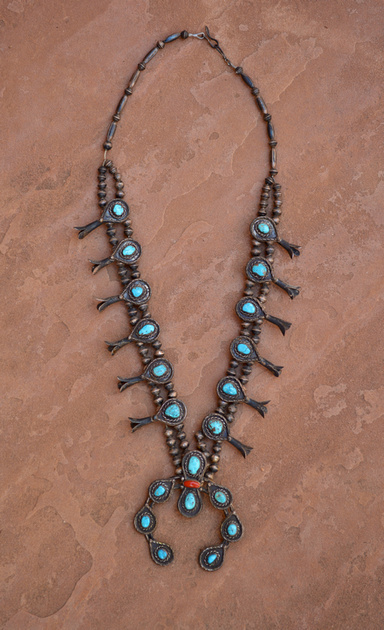 Thanks to Jean and Sam, TTT, Dave O., Char, Catherine, Luella, Steve, and Dianne for commenting on last week's blog.  I always enjoying hearing from you and appreciate your comments.

Steve Immel(non-registered)
I really enjoyed all the still-lifes of your Native American jewelry with Fred's extraordinary rugs. I was particularly taken with your first photograph of the coral inlay bracelet holding the concho belt. The subtle shades of the rug are the perfect background for this shot. That's a great angle in image two, almost like a landscape. Then the concho belt frames the bracelet exquisitely. I could go on. There all beautifully photographed. Bill Sunrise's squash blossom necklace is spectacular 51 years later.
TTT(non-registered)
superb choice of background to compliment diverse jewelry selections. Thanks for punctuating this year’s Indian Market Weekend with images from your collection and your honeymoon discovery.
Suz(non-registered)
Thanks for the visual feast! Wonderful stuff. And happy anniversary!
No comments posted.
Loading...