a tree for all seasons

Beauty surrounds us every day, but it tends to be a little more vocal in the autumn months.  Following the first snowfall of the season and subsequent wind, many deciduous trees, including the aspen and cottonwoods, shed their leaves, leaving them to dry, crunching delightfully underfoot.  One tree in our neighborhood remains full of leaves, ablaze in color in the early morning and late afternoon hours.  This Pyrus or ornamental pear tree stops people in their tracks, staring in wonder.  The same thing happens in the spring when it presents massive plumes of white flowers.  It is a landscaper's joy and a tree for all seasons.  One wouldn't know from the photograph below that the color is actually on the wain. 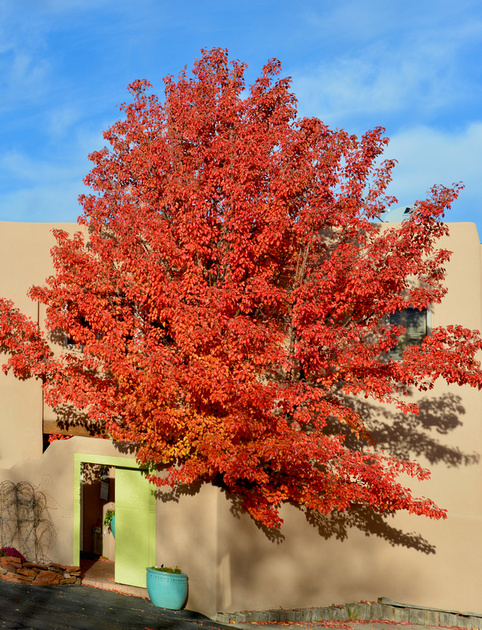 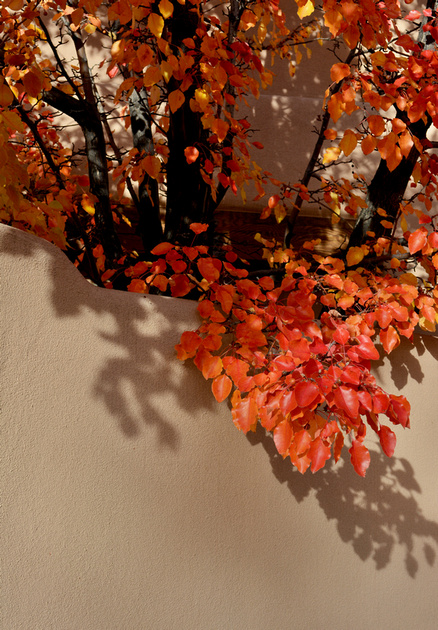 The pears are diminutive and non-edible but lovely in their own way. 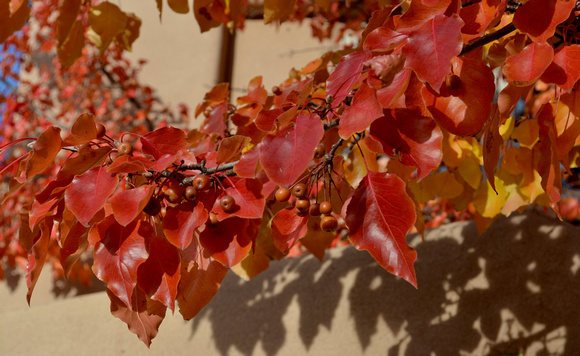 The leaves of this particular tree are quite fleshy and shiny, which may be the reason they hang on the tree longer in the autumn. 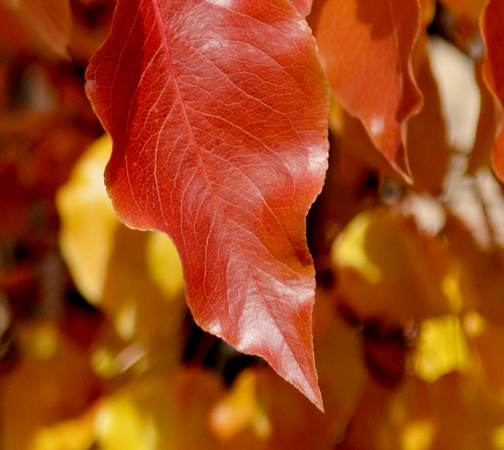 Discoveries such as these make a photographer's day, and my hope is that you have many similar encounters this week.

Pater Hundley(non-registered)
Your descriptions add to the beauty of this magnificent Autumn!
Ann Alexander(non-registered)
I love how you express the beauty of the season: more vocal in the autumn months. This tree delights me too on my daily walks in the neighborhood.
Steve Immel(non-registered)
The glorious Pyrus ignites the early winter. What a spectacular specimen! It glows against the stucco and sky and the avocado door and turquoise pot punctuate the composition beautifully. The leaves and their shadows are most elegant and the single leaf glistens against the diffuse yellows in the background.