When a person walks or runs every day, particularly if the route is similar or the same, you tend to pick up little hints about others who walk daily. You meet the dogs and learn their names before you learn the names of their owners, or people with whom you have casual conversations.  It was at least a year before we learned the name of a man we saw applying a clear protective film, known as a clear bra, to the fronts of the most outrageously beautiful and expensive vehicles.  It was always a treat to see on which vehicle he was working on any given day.  Anthony is a true professional, and while I walked yesterday, he was moving a new BMW.  He had just finished applying the film onto the entirety of the 240i. Camera in hand, I asked him if I could shoot some photographs, and he said yes.  How could I resist?  As I frequently say, that is a story for another day. 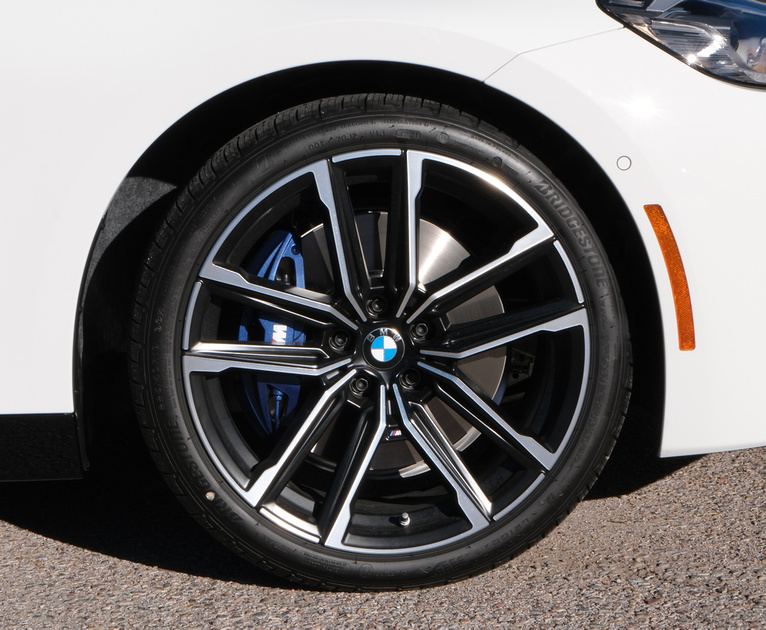 But back to today's blog.  While walking during the Christmas season, outdoor decorations pop up little by little, day by day, some even before Thanksgiving.  There are human-sized snowmen, with air pumping inside at a steady flow, that seem to frighten even the boldest and biggest dogs. And being New Mexico, bagolitos (the plastic, all-weather version of the traditional farolito made of paper bags and candles) appear on the roof parapets at a rapid pace.  Two more houses were outfitted yesterday.  But a real surprise appeared around Thanksgiving - a beautiful, good-sized blue spruce tree in the front of a guest house that is gorgeous at all times of year, had been dressed for the season.  The first time I saw it, my thought was that a designer and crew had done this, which is possible.  Sporting a dazzling variety of baubles and balls in many finishes and colors, the tree is definitely a knockout.  I knew eventually I needed to photograph it. 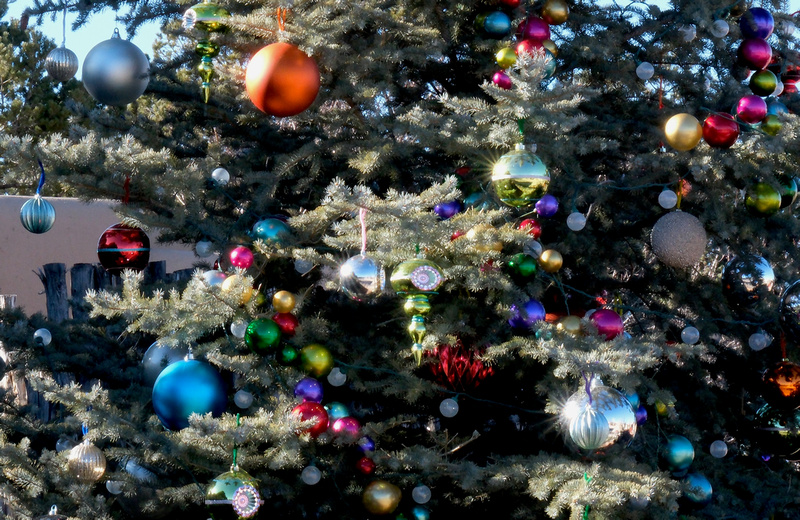 The sun stars and reflections on the glossy balls were impressive. 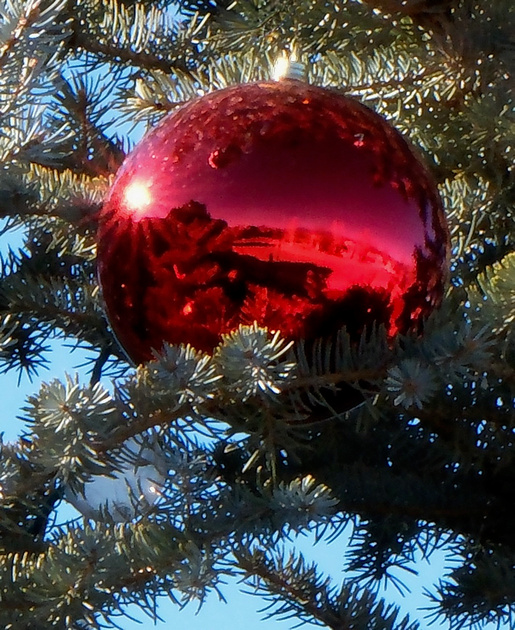 The strings of matte-finished balls I had never seen before.  Light fell on them and radiated in a completely different way.  They were all fascinating. 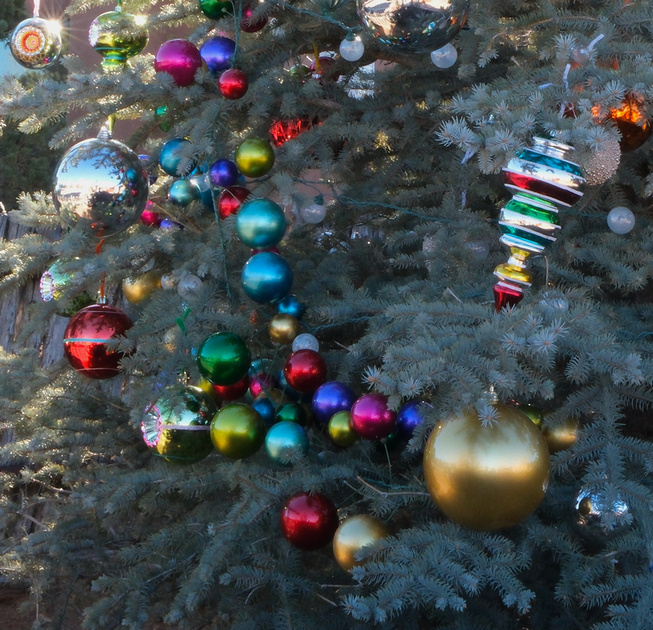 Just one more reflection might say "And to all a Goodnight!" 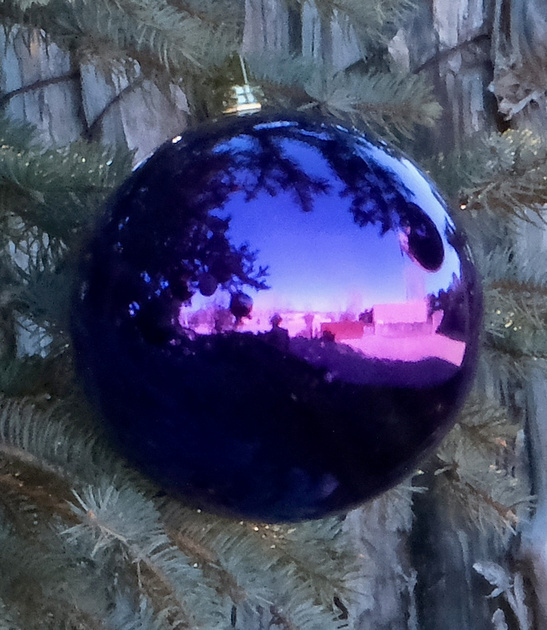 Steve Immel(non-registered)
Reflections rule today, Daryl. Sometimes the glistening ball captures a house, another a bauble and in several the blue of the sky. You've given us a sweet launch to the Christmas season, just in time for the fresh snow that arrived this evening and winter temperatures of six degrees overnight. I now pronounce it winter in New Mexico.

I miss neighborhood strolls to take in decked out houses and yards like we had in New England. It was a quintessentially New England and we never failed to have snow on the ground in forty years.

Stay warm tomorrow, kids.
Ingrid and Robert(non-registered)
Beautiful festive photos. Gets us into the spirit of the season. Absolutely love the purple ornament with it's reflection of the house across the street, I think.
Ann Alexander(non-registered)
A treat for my eyes. What is the address of that tree?
Pauli(non-registered)
What a treat. Just love the decorations that appear so briefly this time of time.
No comments posted.
Loading...