This week in photography here in Santa Fe was more utilitarian than art, but as every photographer, writer, artist, or tradesperson knows, both the technical and the beautiful are involved in every production.  Photographers and videographers of all stripes will recognize and perhaps cringe at some of the photographs, while some of you will laugh, recognizing all too well elements involved.  I am speaking of wires and cords for everything from computers and cameras to stand alone hard drives, USB hubs, and other accessories.  At least the mass isn't quite as complicated as is the scene under the hood of our electric car.

With every new piece of equipment, an old one might be jettisoned (or not), and a learning curve ensues, including the first steps.  "Before using the (fill in the blank), remove and identify everything in the box."  This in itself might require a YouTube search, which, thankfully, almost always answers one's question.  The new mirrorless camera that was added to the weaving side of the work space provided more excitement to this week's lessons in the technical.   It came with four different plugs for use in different countries around the world.  Of course, they are not labeled, so it is like playing with blocks and putting them together.  Even the dude on the YouTube video briefly juggled the plugs in his hand saying that the camera comes with plugs from different countries.  Clear enough.  I find the one that works in the United States while keeping the others in their plastic bags, to tuck in the camera bag for future travel usage.  Next.  Connect the wires, meaning determine whether the end that goes in the computer or USB hub is a USB A, B, or C cord, shift things around if the instructions say "Do not use in a USB hub but plug it directly into your computer."  OK. Shift things around in the hub and in the back of the computer.  Don't you just love the explosion of pasta running from point A to point B? 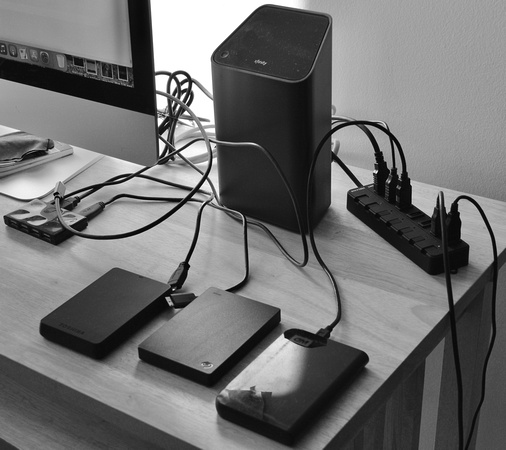 Some elements don't necessarily need a permanent home on a desktop, such as this wonderful scanner my sister gave me for Christmas.  You use it when you need a scanner and provide a home for it (as I do with my portable CD drive) elsewhere until the need arises.  One of my winter projects will be to select and scan the slides and negatives I will use the most. 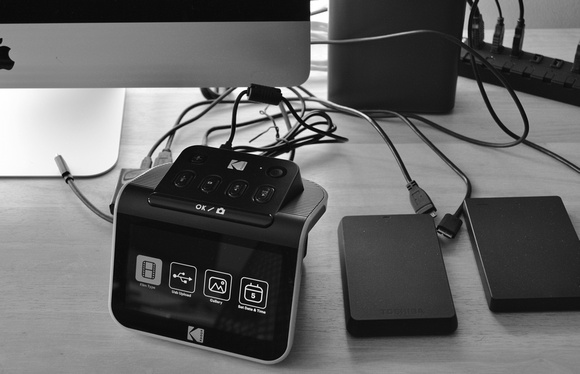 Amidst the desk pasta, I find this setup totally comforting.  See those beautifully familiar dials on the top of the camera?  It is like coming home to my old Minolta single lens reflex film cameras from the days of yore.  Instead of going into a menu, you can set the aperture, shutter speed, and ISO/ASA from the top of the camera. 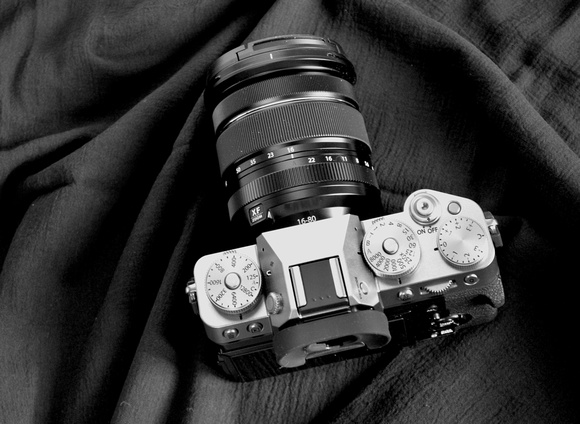 The photograph below was made with the Fujifilm X-T5.  It is Fred's latest, Rug 378.  Both exemplify the combination of the technical and the beautiful. 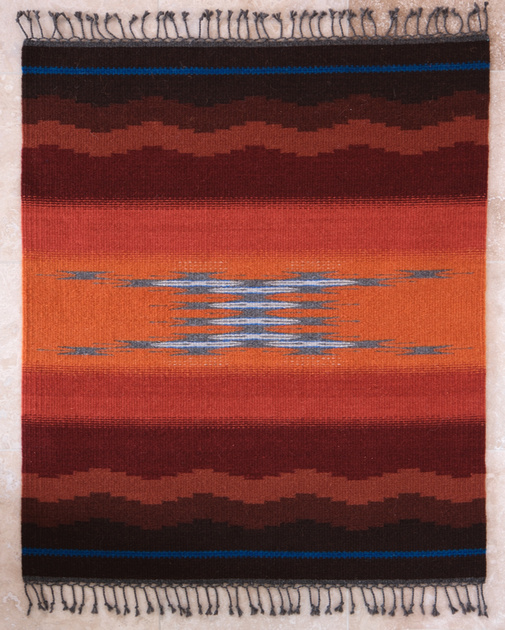 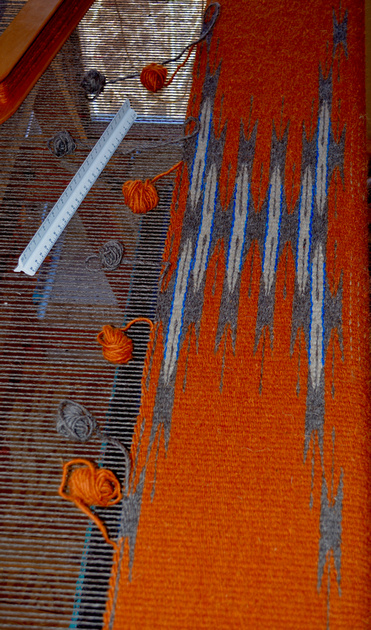 Despite the brain conditioning required, I continue to be dumfounded and delighted with the improvements in all technical applications, and for the beauty in this world.  I am eternally grateful.

a passion for the images©

Ingrid(non-registered)
The cheesecake was as delicious as appealing to the eye. Thanks so much Daryl
I love Fred's rug; somehow reminds me of a gorgeous Sunset in New Mexico!!
Dianne James(non-registered)
Oh, I know all about desk pasta. I'm gaining weight with all the cords strung here and there! Your comment about the Minolta makes me really miss my XD11. I gave it to a relative, in its own nice foam-lined aluminum case with lenses and everything. They promptly used the case for something else, and bought a digital camera so no longer need the Minolta. I'm not even sure you can get film for it anymore. Alas, it's a dinosaur... I sure enjoyed using it, though. Sigh. Fred's rugs sure are beautiful, and you always have the Midas touch with a camera. Thank you for sharing your talent. Hugs from the snowy mountains. -DJ
TTT(non-registered)
How fun!
Steve Immel(non-registered)
First off, what a cheesecake! You're quite the pâtissier. Second, I didn't know you had a Fuji XT-5. Is it your first mirrorless? That's exciting. You can really put those 40MP to use. And the smaller size and lighter weight is joy. I don't crop often but there's plenty of wiggle room with 40 MP.

Congrats to Fred's #378 which dazzles with the Nikon and Fuji.
No comments posted.
Loading...