This week is one of wonder and light.  Hanukkah, the Festival of Lights, began last night.  Wednesday is the Winter Solstice, and Sunday is Christmas.  In many ways, when you think about it, the time has been celebrated for millennia by people on Earth as a transition from the darkness into light.

Most in the northern hemisphere have noticed that the days seem to be shorter and the nights longer.  It is true.  As we approach the solstice this Wednesday, 21 December, which is the day with the least light of any day of the year, each day becomes shorter.  For instance, today, the length of the day in Santa Fe, New Mexico will be 9 hours and 44 seconds.  Tomorrow will be 6 seconds shorter.  And that varies the farther north you go. The people in London, for instance, will have 7 hours, 49 minutes and 42 seconds of daylight on the solstice.  In Stockholm, the sunrise on the winter solstice is at 9:40 in the morning.  It sets at 2:18 in the afternoon.  That is a little over five and a half hours of daylight.  It gives me the chills just thinking about it!

So in today's blog, I celebrate light in whatever form it comes, even if subdued.  Remember on Thursday morning, the days will begin their lengthening process as we move toward spring.  In northern New Mexico, our farolitos (and in central and southern New Mexico luminarias) serve as reminders of light and new beginnings. 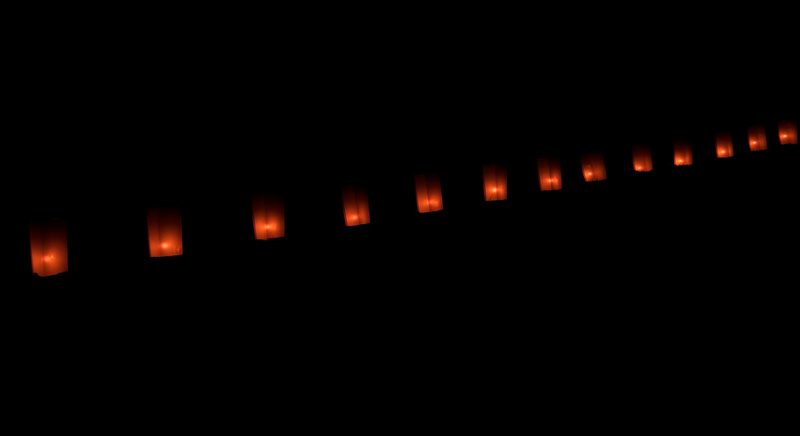 We are lucky to have electricity that cleverly provides as much or as little light as one prefers. And there are always candles that have lit the way for humans since their invention. 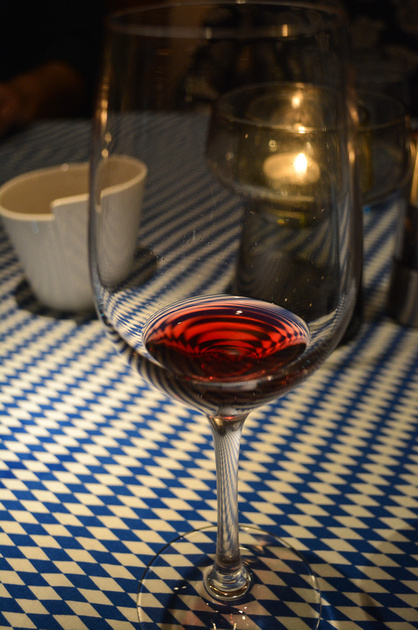 I end the week's celebratory blog with a photograph I made in March of 2013, of St. Francis de Asis church in Ranchos de Taos.  It was after a milonga (tango dance) at Old Martina's Hall, and snow had begun to fall.  I had my camera with me because I was taking photographs of pre-milonga dance lessons.  One of our tango buddies, Steve Villalobos said, as we all walked outside into a light snow, "Look at that.  The church is beautiful.  You have your camera.  Why don't you take some pictures?"  I was hesitant.  Too dark, I thought, and way too cold.  But Steve is always adventurous, and as an artist himself, knows a good thing when he sees it.  So, with camera in hand, I walked to the sidewalk and made some photographs with my trusty Nikon D800 and 70-200 mm lens.  The ISO was 6400 and with a shutter speed 1/25 of a second.  By golly, it worked, and the resulting photographs ended up being the few night shots of the church in winter, without farolitos.  Thanks, Steve! Ranchos church on a snowy night

As we go into the light of the holidays and beyond, I thank everyone who commented this week including Pauli, Barbara F. R., Catherine, Ann, Lisa, Ingrid & Robert, Steve, and Christina.  Happy Birthday to Marilyn R., Lena D., Dave K.,and  Jessica F.  And the happiest of holidays to all of you!

Lawrence(non-registered)
Peace and joy with these lights and the Christmas ornaments seen in your previous post. Donna and I wish you and Fred a very Merry Christmas!
TTT(non-registered)
Yes, we needed your light and lights so badly. Keep shining bright D!! And solstice - the universe's reversal of light is pending, thank goodness. Peace & Joy to you & Emeritus
Steve Immel(non-registered)
Thanks for the array of holiday lights. You always come up with a theme that's timely and lyrical. I'm amazed that an ISO of 6400 yielded such a beautiful image of Ranchos Church. I really like ephemeral blur in the abstract farolito shot. And as always you nailed the still lifes. The monochrome candlesticks and tablecloth patterns through the red wine are stellar.

Have a fabulous Christmas you two.

Steve and Peggy
Ann Alexander(non-registered)
Thanks, Daryl, for your originality EVERY MONDAY. Such discipline. And welcomed by us all. Happy holidays to you, Fred, and all of your subscribers.
No comments posted.
Loading...