a place to call home

I have been pondering the lives of the Ukrainian people this week because of the unprovoked war inflicted on them by the Russians.  Over 2.7 million people have left the country, and are now in Poland, Romania, Hungary, Slovakia, and points beyond.  It is nearly impossible to wrap one's head around the number.  But this number may help put it in perspective.  New Mexico has 2,120,220 people in the state, the country's fifth largest in territory, spread over 121,590 square miles of land.  The number of refugees from Ukraine would be equivalent to our entire state moving to Colorado, Arizona, Texas, Utah, and other states.  Just imagine the chaos, traffic and tragedy.  Ukraine was a vibrant, tech-filled, young country filled with innovation, creativity, and promise.  I have no doubt that it will remain that way, but for now, physically, the people and landscape are a bit worse for wear.

And then my mind goes to the countries my sister and I visited in 2014 that are receiving refugees.  Hungary, Slovakia, even Germany, and wonder how both the refugees and the citizenry of those countries are doing.  A military base in Ukraine only eleven miles from the Polish border was attacked on Sunday.  That, alone, holds wretched ramifications.  There are many people in the whole of Europe who remember personally or have heard from relatives and friends how life was during World War II. None of them want to repeat those days and are nervous about what else Russia has in mind.  Today's blog celebrates, in photographs, some regular people in these countries doing what they do, with the hope that they will be able to return to some semblance of normalcy soon.  And once again, have a place to call home.

In Budapest, Hungary local police do their jobs before a football match between a Hungarian team and an Irish team. 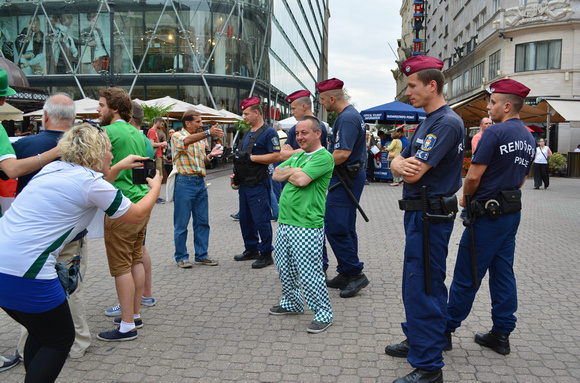 A street musician near the center of Budapest 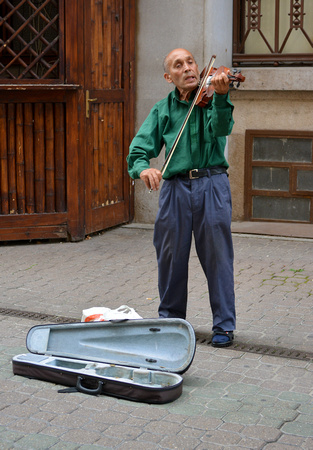 Moving on to Bratislava, Slovakia, a shopkeeper at Folk Folk 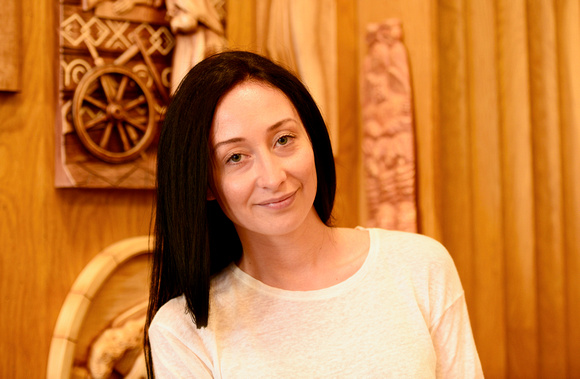 Bratislava has a vibrant music scene and September is one of the biggest months for music in and around the city.  Try as I might to find the event to which these people were attached, I could not.   But energy, color, and much percussion abounded. 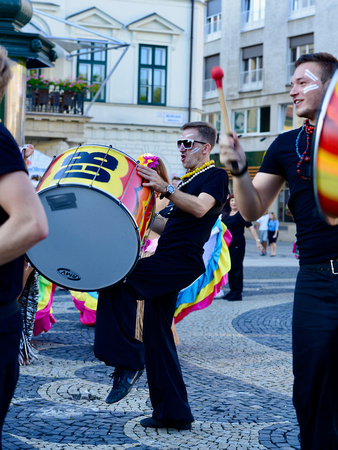 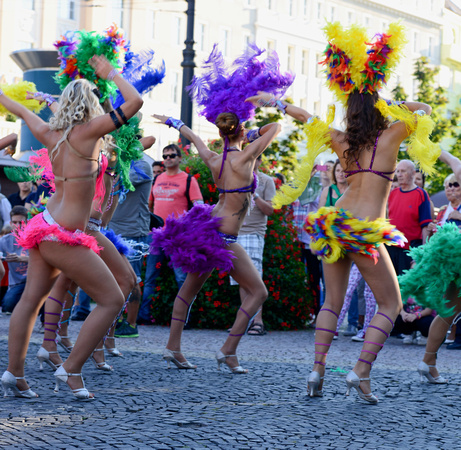 A driver was ready to take tourists around the area. 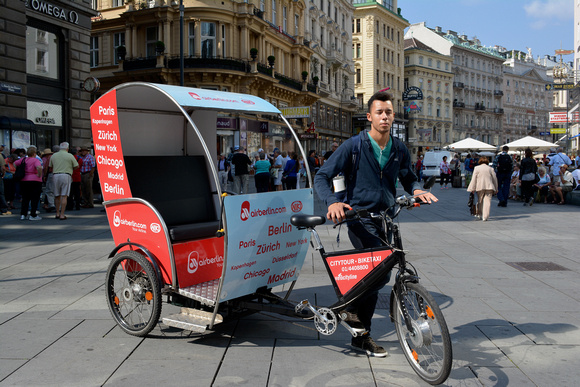 As a counterpoint to the drumming and dancing, a harpist played just around the corner. 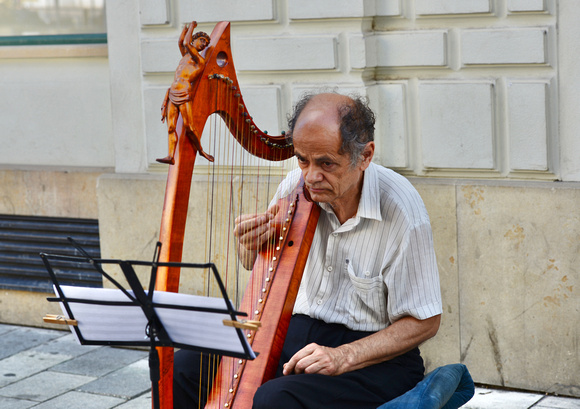 A tightrope walker on a rainy, grey day in Regensburg, Germany,  finishes this sequence. 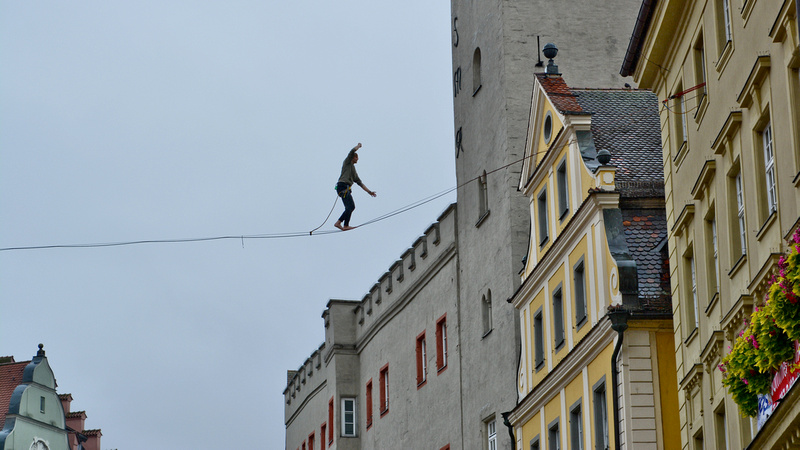 My thoughts are with all who are without a home in these unsettled times.

Ingrid(non-registered)
Daryl, you do people so well.
Steve Immel(non-registered)
Thanks for sharing a bright and lively take on Central Europe. I just know that Kyiv and other Ukrainian were energetic and freedom loving European cities. I use the term European to emphasis how Ukrainians want to live and how they see themselves. You've exemplified that spirit with your photographs of cities where progressive attitudes tend to thrive. That's evidenced by street performers of every stripe who bring such vitality to a place. Doesn't make you want to experience more of them and soon?

Thanhs for the lift!
Paule Marx(non-registered)
Thank you, Daryl, These photos touch my heart. I was born in World War II in the UK. It's unbearable to see the scenes of killing and destruction in Ukraine. My heart goes out to everyone, those who fled and those who remain. Praying for peace.
No comments posted.
Loading...